A love letter to the This Is Us writers 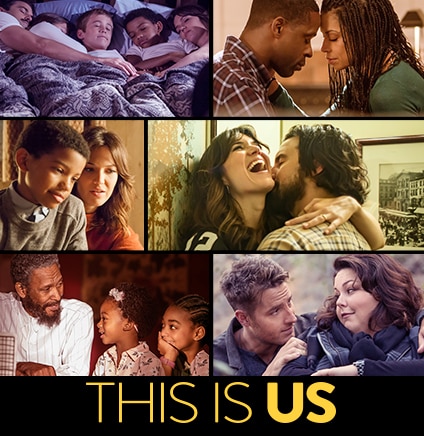 In honor of Valentine’s Day, Susan Bishop Crispell shares a love letter to the writers of NBC’s hit show, This Is Us. (Yes, she knows this is a TV show and not a novel like we usually tout on the blog, but good writing is good writing no matter what form it comes in!)

Dear This Is Us Writers,

When I first started seeing teasers for your show I honestly didn’t think it would be all that. (Sorry!) It’s just that NBC was pushing it way too hard. It showed up during every commercial break and there seemed to be too many unconnected stories for it to be something I would fall in love with, despite it having Milo Ventimiglia as one of the stars (I’m team Jess, always!).

And then it premiered. I must confess, I didn’t watch it. But when my Facebook feed flooded with mentions of the show and “that twist” at the end, my curiosity was definitely piqued. I’m not one to shy away from spoilers, so I found an article that recapped the episode, but most importantly gave away the big reveal. And before even watching the episode, I was hooked. The setup was daring and smart. And it promised to give me what I love most about stories—deeply personal connections between the characters. From a strictly story-telling point of view, I needed to see how you’d pulled off that twist with such success!

So I watched it that night. And these relatable, loveable, and beautifully flawed characters stole my heart within minutes. I forgot to pay attention to the mechanics I was so interested in—character motivation and pacing and whip-smart dialogue and hints of that twist to come—and got lost in their stories. I was heartbroken for Jack and Rebecca’s loss (but inspired by their epic love and devotion to each other and their kids), delighted by the banter between Kate and Toby (while still holding out hope that she’ll eventually come to realize she likes herself the way she is!), cautiously optimistic for Randal and William to finally have the father-son relationship they both so desperately need, and embarrassed for Kevin and his caught-on-camera career-meltdown but also a little bit proud that he chose to follow his heart (and his art!) instead of continuing to sell out.

Also, I cried. (Confession: I cry every single episode.) Some of that has to do with how perfectly cast this show is. But mostly the credit is due to you, dear writers, for taking these characters to the tough places emotionally. You’re not scared to make them hurt. To give them a little sliver of happiness—and the perfect balance of humor—and then wham! You go and try to break them again. But here’s the thing. The Pearsons have known since that very first episode how to take “the sourest lemon that life has to offer and turn it into something resembling lemonade.” And I wouldn’t want it any other way.

I am in awe of your ability to give me everything I want each episode and still leave me wanting more. This Is Us is the kind of story I want to tell—full of heart and surprises and more than a few tears. Thank you for inspiring me week to week!

A fellow writer and devoted fan

Susan Bishop Crispell earned a BFA in creative writing from the University of North Carolina at Wilmington. Born and raised in the mountains of Tennessee, she now lives twenty minutes from the beach in North Carolina with her husband and their literary-named cat. She is very fond of pie and is always on the lookout for hints of magic in the real world. Her debut women’s fiction novel The Secret Ingredient of Wishes released in Sept. 2016 with Dreaming in Chocolate to follow in Oct. 2017. For more information, visit http://www.susanbishopcrispell.com/.