A Peek into the Writing Cave of Kimmery Martin 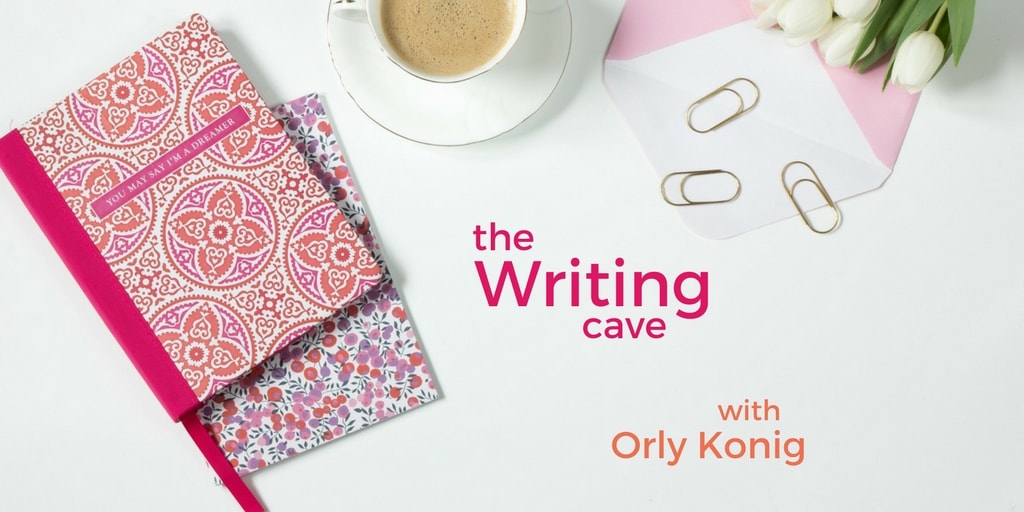 Several weeks ago, I saw this photo on social media …

I had to see more! Especially since I’ve been closely following all of Kimmery’s amazing book posts. (btw, I seriously want that hat!!). AND, check out that gorgeous poster of her debut, The Queen of Hearts that released yesterday!!! — Orly 🙂

A couple years ago, fed up with trying to write at the kitchen table, I went rogue and commandeered the playroom. I started small, filling bags with broken Star Wars vehicles and orphaned Lego parts, but soon found myself in the grip of an all-consuming redecorative fervor. The tattered white couch I’d had since college, now covered in something that looked suspiciously like dog vomit: gone! Droopy polyurethane shelves, purchased 1000 years ago at Target: out! A million extraneous pieces of primary-colored plastic from God-knows-what, a sad array of naked Barbies with their hair hacked off, board games missing pieces–all of it swept away in a cleansing purge.

After the bloodbath, I took stock. The room is gorgeous-high-ceilinged, flooded with light from windows on three sides. I wanted new furniture for it, but I was plagued with guilt at the thought of what it would cost. But then, in a moment of divine intervention, the clouds parted and an angel chorus descended from the heavens to trumpet a miracle: a publisher wanted my book.

And they were willing to pay money to acquire it.

I accepted and promptly spent a sizable chunk of the advance on my new home office. Now, this is straight-up foolishness: you are supposed to set aside your advance money for marketing, or to pay bills, or at the very least for something you need. You are not supposed to spend it on beautiful golden wallpaper and lovely cream-colored bookshelves and a fabulous mid-century modern light fixture. Now, admittedly, since my youngest child still plays in here, there are certain elements that do not exactly gel with my vision, such as the garish toy kitchen unit. I had to compromise. 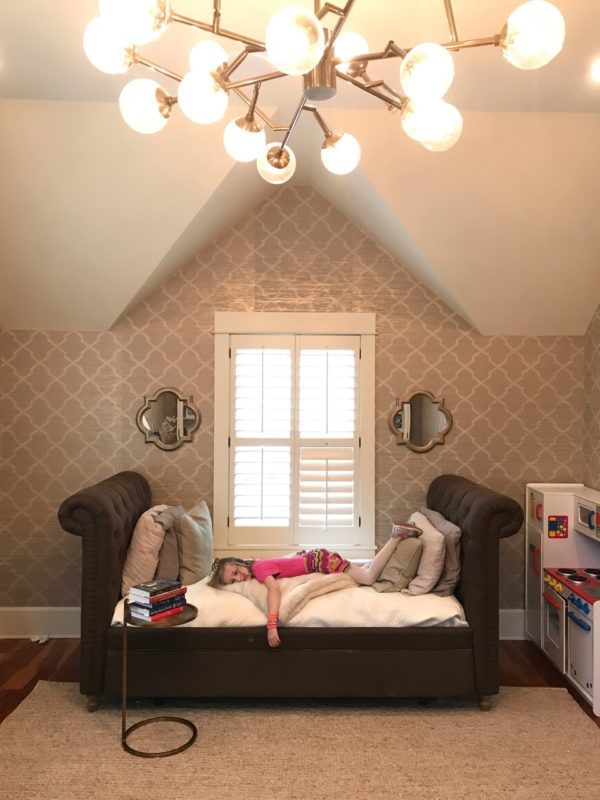 But I love my new workspace almost beyond description. It fulfills multiple functions: I write in here, certainly, but I also read, do all the icky household management stuff, and most fun of all, stage bookish photo shoots for Instagram. This room is the perfect spot to play with my thousands of beloved books, and I’m slightly embarrassed to admit how much I enjoy messing around with them. This place makes me happy. 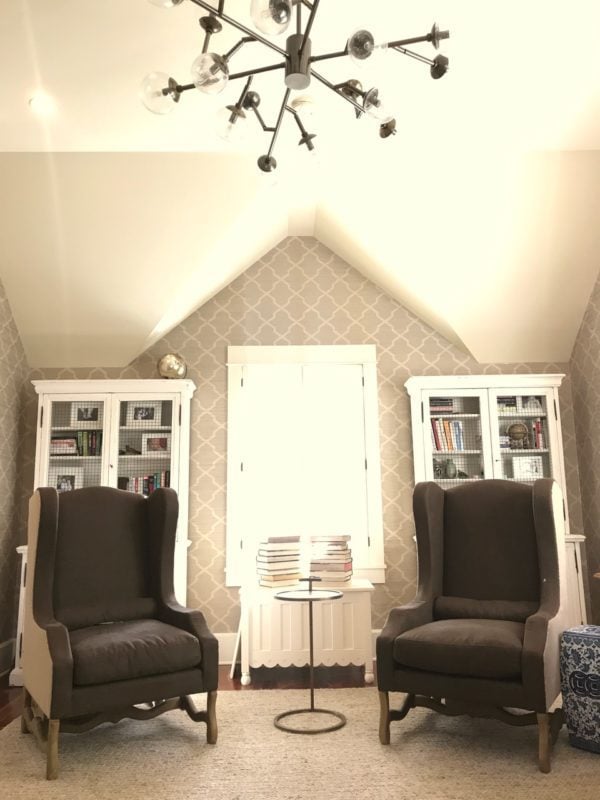 If I’d been smarter, perhaps I’d have deducted the whole thing as a business expense. ; ) 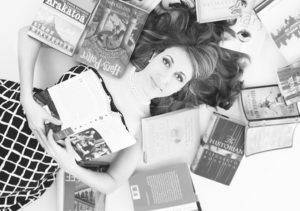 Kimmery Martin won her first short story contest in the first grade, and was awarded a red stuffed elephant and publication in the school newspaper. Her writing career then suffered an unfortunate dry spell, finally broken with the publication of the enthralling journal article Lymphatic Mapping and Sentinel Lymph Node Biopsy in the Staging of Melanoma, followed by the equally riveting sequel Sentinel Lymph Node Biopsy for Pelvic Malignancies, both during medical school.

Conscious readers remained elusive, however, prompting her to wait another decade or so before trying again. This time, spurred on by a supportive husband and three constantly interfering children, she produced an entire novel. The Queen of Hearts, exploring the startling secrets in a friendship between a cardiologist and a trauma surgeon, became an instantly beloved classic amongst three of her friends. It released February 13, 2018 from Penguin Random House.