It’s #PreFridayReads, when a Tall Poppy author recommends a book she loved. So if you’re looking for a great recommendation for your #FridayReads or another book to meet your 2017 Poppy Reading Challenge, read on. We’ll help you turn the page … 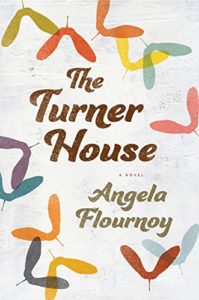 I first heard about THE TURNER HOUSE when it was nominated for The National Book Award (for which it was a finalist). Once I learned more about the book, I bought it immediately: Here was a novel about a large family, their family home, and the reconciling of childhood memories, and a ghost (outstanding!)—all set against the backdrop of post-financial-crisis Detroit.

The amount of love that Flournoy shows her flawed characters—the 13 siblings of the Turner family, their spouses and children and friends, and the ailing matriarch, Viola—is palpable. These are not perfect people, but they are perfectly gorgeous in their rendering and in their loyalty and care for one another.

Here’s the official description of the book:

A powerful, timely debut, The Turner House marks a major new contribution to the story of the American family.

The Turners have lived on Yarrow Street for over fifty years. Their house has seen thirteen children grown and gone—and some returned; it has seen the arrival of grandchildren, the fall of Detroit’s East Side, and the loss of a father. The house still stands despite abandoned lots, an embattled city, and the inevitable shift outward to the suburbs. But now, as ailing matriarch Viola finds herself forced to leave her home and move in with her eldest son, the family discovers that the house is worth just a tenth of its mortgage. The Turner children are called home to decide its fate and to reckon with how each of their pasts haunts—and shapes—their family’s future.

Praised by Ayana Mathis as “utterly moving” and “un-putdownable,” The Turner House brings us a colorful, complicated brood full of love and pride, sacrifice and unlikely inheritances. It’s a striking examination of the price we pay for our dreams and futures, and the ways in which our families bring us home.

And don’t forget the ghost!

You can learn more about THE TURNER HOUSE and Angela Flournoy on her website: http://www.angelaflournoy.com/. 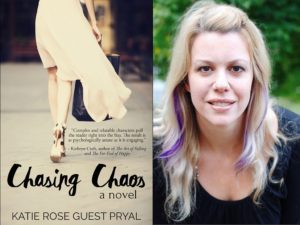 Katie Rose Guest Pryal is a novelist, freelance journalist, and erstwhile law professor in Chapel Hill, North Carolina. She is the author of the Hollywood Lights Series, which includes ENTANGLEMENT, LOVE AND ENTROPY, and CHASING CHAOS, all from Velvet Morning Press. As a journalist, Katie contributes to QUARTZ, THE CHRONICLE OF HIGHER EDUCATION, THE (late, lamented) TOAST, DAME MAGAZINE and other national venues. She earned her master’s degree in creative writing from the Writing Seminars at Johns Hopkins, where she attended on a fellowship. A professor of writing for more than a decade, she has also published many books on writing.