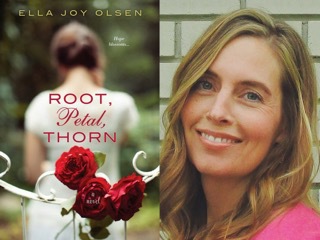 “In this beautifully written and powerful debut novel, Ella Joy Olsen traces the stories of five fascinating women who inhabit the same historic home over the course of a century — braided stories of love, heartbreak, and courage connect the women, even across generations.” 4.5 Stars – Top Pick – RT Book Reviews 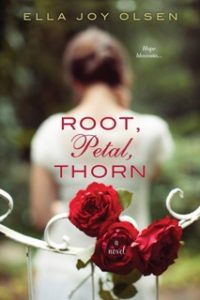 Ivy Baygren has two great loves in her life: her husband, Adam, and the hundred-year-old bungalow they buy together in one of the oldest neighborhoods in Salt Lake City, Utah. From the moment she and Adam lay eyes on the home on Downington Avenue, Ivy is captivated by its quaint details—the old porch swing, ornate tiles, and especially an heirloom rose bush bursting with snowy white blossoms. Called the Emmeline Rose for the home’s original owner, it seems yet another sign that this place will be Ivy’s happily-ever-after…Until her ever-after is shattered by Adam’s unexpected death.

Striving to be strong for her two children, Ivy decides to tackle the home-improvement projects she and Adam once planned. Day by day, as she attempts to rebuild her house and her resolve, she uncovers clues about previous inhabitants, from a half-embroidered sampler to buried wine bottles. And as Ivy learns about the women who came before her–the young Mormon torn between her heart and anti-polygamist beliefs, the Greek immigrant during World War II, a troubled single mother in the 1960’s–she begins to uncover the lessons of her own journey. For every story has its sadness, but there is also the possibility of blooming again, even stronger and more resilient than before…

Ella popped by the Tall Poppy blog to share what always makes her laugh, why she loves her book’s title, and when she realized she wanted to be a writer…

Talk about one thing that’s making you happy/unhappy right now.

Right now I have two things on my mind. The launch of Root, Petal, Thorn is all consuming which is fortunate because the other big thing in my life is bitter-sweet. My oldest child left for college this week. Here’s the sweet: he got himself a scholarship – full tuition plus room and board! Here’s the bitter: even if he moves home during summer break, he’s no longer my little boy. There you go, I’m crying again.

When did you realize you wanted to be a writer?

When I was young I read incessantly. Authors were my Shaun Cassidy (and with that one statement, I’ve dated myself), so I was determined to become an author. More than once I started with my finest handwriting on a crisp page: Chapter One. By page three, it would be time for a snack and my writing career would be over (for the moment). At age ten I realized how hard it is to put words on a page. Desire is one thing, sticking with it, is another.

Share something that’s always guaranteed to make you laugh?

Okay, this is a little embarrassing because I think it speaks to the true baseness of my sense of humor: Uranus jokes. When my kids get going in the backseat, one upping each other with potty-humor, I have to stop the car for fear of crashing. Here’s another: There’s this video on YouTube of a wiener-dog in a Mickey Mouse costume. It’s the stupidest thing. But I dare you – watch it and you will laugh. Or your money back.

I was a birthday party hostess at a historic farmhouse, called Wheeler Farm. I had to dress in a long polyester skirt (made to look like a calico from a century earlier), a polyester blouse, and a bonnet. I would hand-churn vanilla ice cream and take the kids on wagon rides in the blistering sun, the sweat running down my unventilated legs and soaking my socks and sneakers. God, I hated that uniform. The ice cream, however, was top-notch. After the kids left I’d gorge on the creamy remnants at the bottom of the churn. I think I sweated off the fifteen pounds I would have gained. And there’s the silver-lining.

Talk about your book’s title?

Naming a book isn’t a decision a traditionally published author makes alone. A team, who understand the significance of a title and what sells, helps to craft the final. This novel has been named many things, however I think Root, Petal, Thorn is my favorite because it fits the theme of the book. Root – family and home. Petal – the beauty in each day. Thorn – an indication that things aren’t always easy. 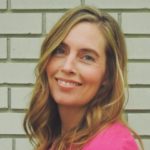 ELLA JOY OLSEN was born, raised, and currently resides in Salt Lake City, Utah – a charming town tucked against the massive Rocky Mountains. Most at home in the world of the written word, Ella spent nearly a decade on the Board of Directors for the Salt Lake City Public Library System (and four decades browsing the stacks). She is the mom of three kids ranging from pre-teen to edge-of-the-nest teen, the mama of two dogs, and the wife of one patient husband.