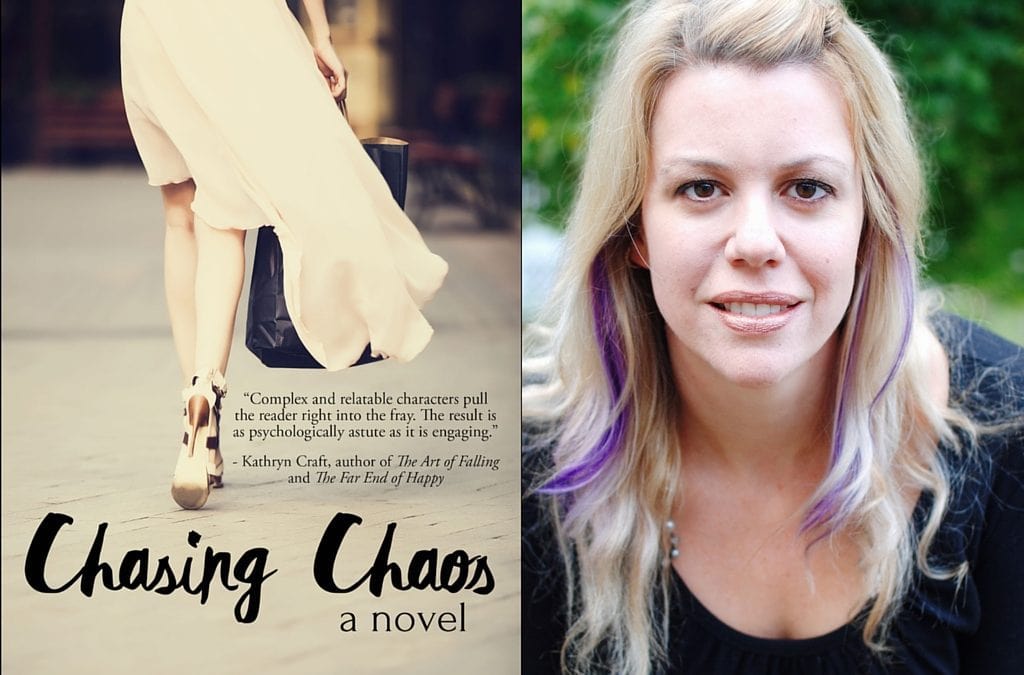 Congrats to Katie Rose Guest Pryal’s latest book, CHASING CHAOS. If you read ENTANGLEMENT, you’re going to love finding out what happens next! 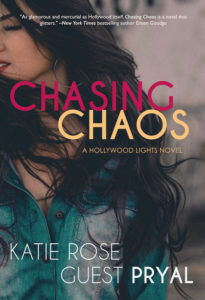 Love, friendship and betrayal in glamorous, yet often vicious, Hollywood.

Daphne Saito, a beautiful and talented Hollywood screenwriter, might look like she has the perfect life, but on the inside she’s lost. She’s wandered from one meaningless relationship to the next, and now—just as she breaks up with her longtime boyfriend Dan—she meets someone new, someone she could fall in love with. But Daphne, still traumatized by an accident involving her best friend, Greta, five years earlier, is afraid to love. Harm has always come to those close to her.

Over five life-changing days, Daphne lets her guard down and steps toward this new love. But trouble is never far behind. Dan, angry at Daphne’s departure, has targeted an innocent young woman, someone close to Daphne’s new love, as part of a plan for revenge. And an enigmatic woman from Daphne’s past returns with a vendetta of her own. Danger is on the horizon for all of Daphne’s friends—and for her.

Katie stopped by for the Tall Poppy Q&A to answer some questions about her latest book.

Who is one of your favorite (fictional or non-fictional) characters?
When I was younger, I was alone a lot—I was not a very social kid—and I thought that meant there was something wrong with me. Naturally, being alone meant I read all the time. It also meant I gravitated toward characters who were the same. Wonderfully, books are replete with characters who thrive in taking a solo path. I think this is because authors tend to be kids like I used to be, just all grown up. Some examples of these characters now are Claudia in the book Moon Tiger (a Booker Prize winner everyone seems to have forgotten) or the title character in Toni Morrison’s Sula.

What’s your secret or not-so-secret superpower?
I have a great memory. I feel very lucky. I remember details, directions (I rarely get lost), and words, including entire phrases or even sentences—scenes of human interaction replay in my head like a movie. All of this comes in handy as a writer. Other times, though, there are things I wish I could forget, and I can’t. They’re stuck. To deal with these stuck memories, I created two personal policies. The first is not to hold grudges against my friends. The second is not to have regrets about past decisions.

Do you have a regular first reader? If so, who is it and why that person?
My regular first reader is one of my first and best writer friends, another novelist. Her name is Lauren Faulkenberry (firebrandpress.org). She and I met nearly fifteen years ago at a writers conference and were happenstance roommates. Now we’re good friends, and nothing I write leaves my laptop without her seeing it first. She’s also the person I call when I’m stuck because she doesn’t mind if I’m raving in frustration. She is a very calm individual.

Talk about your book’s title.
All of the books in the Entanglement series (which also includes Entanglement and Love and Entropy) nod toward physics concepts. My husband’s work is science-oriented, and he was a physics major as an undergraduate. The titles of my first two books came easy to me. When it came time to title Chasing Chaos, I was completely stuck. I knew I wanted Chaos in there—there’s a bit about how the lead character, Daphne, misunderstands the meaning of chaos, that it isn’t actually random at all. But the titles I came up with were terrible. Then one night, we were in bed, and I was working on titles, and he was reading a magazine, and he just said, “How about Chasing Chaos?” Like he titled books all the time. I was too happy to be annoyed. Now I make him deal with titling all my books.

Katie Rose Guest Pryal, J.D., Ph.D., is a novelist, freelance journalist, and erstwhile law professor in Chapel Hill, NC. She is the author of the Entanglement Series, which includes ENTANGLEMENT, LOVE AND ENTROPY, and CHASING CHAOS, all from Velvet Morning Press. As a journalist, Katie contributes regularly to QUARTZ, THE CHRONICLE OF HIGHER EDUCATION, THE (late, lamented) TOAST, DAME MAGAZINE, and more. She earned her master’s degree in creative writing from the Writing Seminars at Johns Hopkins, where she attended on a fellowship. She teaches creative writing through Duke University’s Osher Lifelong Learning Institute and leads the Village Writers Workshops of Chapel Hill. She also works as a writing coach and developmental editor when she’s not writing her next book.