Celebrating the release of Sonja Yoerg’s All the Best People 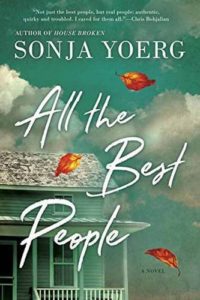 “Not just the best people, but real people: authentic, quirky and troubled. I cared for them all.” – Chris Bohjalian, New York Times bestselling author of The Sleepwalker

“All The Best People unfurls the truth of three generations caught in a grandmother’s mysterious madness. Yoerg spins the story of a family on the brink of collapse—writing with tenderness, grace, and truth.” – Randy Susan Meyers, bestselling author of The Widow of Wall Street

Dying to know more about it? Here’s the official book description from Goodreads:

ALL THE BEST PEOPLE is an intricately crafted story of madness, magic and misfortune across three generations.

Vermont, 1972. Carole LaPorte has a satisfying, ordinary life. She cares for her children, balances the books for the family s auto shop and laughs when her husband slow dances her across the kitchen floor. Her tragic childhood might have happened to someone else.

But now her mind is playing tricks on her. The accounts won t reconcile and the murmuring she hears isn t the television. She ought to seek help, but she s terrified of being locked away in a mental hospital like her mother, Solange. So Carole hides her symptoms, withdraws from her family and unwittingly sets her eleven-year-old daughter Alison on a desperate search for meaning and power: in Tarot cards, in omens from a nearby river and in a mysterious blue glass box belonging to her grandmother.

An exploration of the power of courage and love to overcome a damning legacy, “All the Best People” celebrates the search for identity and grace in the most ordinary lives. 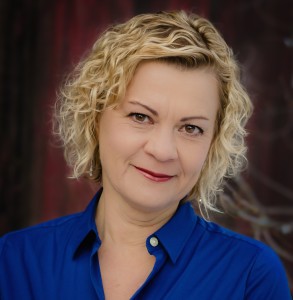 Sonja Yoerg grew up in Stowe, Vermont, where she financed her college education by waitressing at the Trapp Family Lodge. She earned her Ph.D. in Biological Psychology from the University of California at Berkeley, and studied learning in blue jays, kangaroo rats and spotted hyenas, among other species. Her non-fiction book about animal intelligence, CLEVER AS A FOX (Bloomsbury USA), was published in 2001. She has published two novels: HOUSE BROKEN and THE MIDDLE OF SOMEWHERE.

While her two daughters were young, Sonja taught fine arts, computer skills and science in their schools in California. Now that they are in college, she writes full-time. She currently lives in the Shenandoah Valley of Virginia with her husband. Together they run, garden, remodel houses, cook, eat, drink wine, then run some more.