Earth and Ink with Sonja Yoerg: Folding the Map

Five years ago, my husband and I moved from California to the Blue Ridge Mountains of Virginia. Everyone asks us how we came to choose the remote little town we now call home.

“Wait,” you’re thinking. “Why the heck did you leave California?” Lots of reasons, but mostly because we’d been there a long time and it was costing way too much money. Our daughters had headed off to college and we wanted to turn a page. Or fold a map.

We were asking a lot of our new home. We wanted land, space to stretch out, to grow vegetables and plant fruit trees and my husband needed an excuse to fire up his chainsaw now and again. We wanted hills, if not mountains. (I wanted a river, too.) And we wanted something that California was short on: seasons. Of course, that’s part of what makes California a hard place to leave. All that glorious sunshine: months and months and months of it. We were clear sky junkies.

No surprise, then, that we talked a lot about weather. We had visited much of the U.S. but because we are both trained as scientists, we put our trust in data and tried to forget, for instance, that it was 100 degrees for an entire week in Massachusetts. We studied climate maps: rainfall maps, percent cloudy days maps, misery index maps, figuring out where we could land softly and happily. 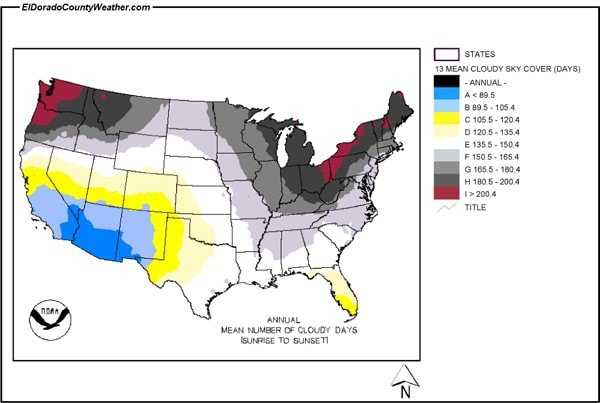 (I’m going to stop right now and say that there is so much beauty in this country, we’d have been hard-pressed to make a bad decision. We just needed some way to decide!)

We read enough about weather and climate to qualify for an advanced degree in meteorology. Finally, we took one of the maps (maybe it displayed days spent shoveling) and began folding it. We folded down the West Coast (been there, done that, and too rainy in the north). We made a crease along I-40 and excluded the Far North (too cold), and another along I-80 to the south (too hot). The central swath of the country lacks mountains so we folded back everything to the west of the Appalachians. We eliminated the mid-Atlantic, too, because we couldn’t get the acreage we wanted at a price we could afford.

What we were left with was less of a map than a lump of origami created by an excitable monkey. But at least we knew our state: Virginia. Not in the broad level plain running to the sea, but the western part, the valley cupped between the Allegheny and Blue Mountains. 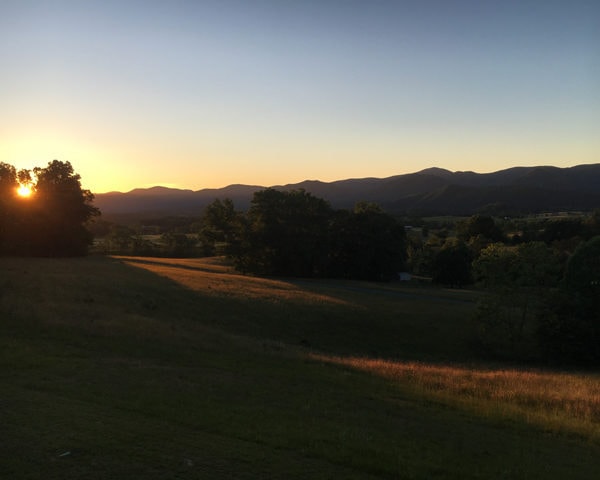 We are lucky to have portable jobs and the flexibility to choose where we live. If you could up sticks and live anywhere (in the U.S. or elsewhere), where would it be? Or are you already there?