Earth and Ink with Sonja Yoerg: Surviving a Deep Freeze

It’s 32 degrees and sunny this morning in my corner of Virginia. Compared to the bitter cold of late December and early January (the dreaded bomb cyclone), it feels positively balmy. In an earlier post I wrote about how I’ve been hoping for a wintery winter to provide atmosphere for my work-in-progress, The Snow Cave, so perhaps the cyclone was my doing. Sorry about that.

Like most people (but, sadly, not all), I was snug in my heated home and car, and could bundle up when I had to go out. Wild animals had no such luxury and I thought of them often. I also worried about our bees. We have two hives: Bees and More Bees. 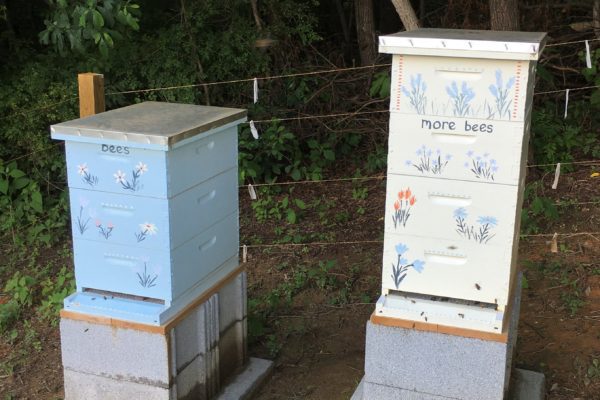 We did everything we could to help them through the cold. My husband had already installed a wind break and encased the hives in foam insulation. We left them with plenty of honey and gave them sugar cakes just in case. But, in the end, it was down to them.

The population is about 60,000 bees during the summer but drops to less than 30,000 in the fall, losing more numbers over the winter. The overwintering bees form a ball around the queen and vibrate to keep the core at 80 degrees. That’s a lot of buzzing! Imagine how hard it must be to keep the queen that warm when the temperature drops below freezing, even below zero, and stays there.

The bees don’t leave the hive when it’s that cold–they can’t fly below 50 degrees—so we had to wait for a warm day to know how they had fared. At long last a warm front blew in. The first afternoon the temperature reached 55, bees from Bees crawled out of the opening, one by one, and took off. Unfortunately, none emerged from More Bees. I know they are only insects but we do become attached to them. They are fascinating, important creatures and we were sad to lose the colony. (We ordered a replacement colony on-line. They arrive in the mail!)

As we watched the bees from Bees returning to the hive, we noticed their pollen sacs were full. You can see the full sacs on this girl, harvesting pollen in the garden last summer. 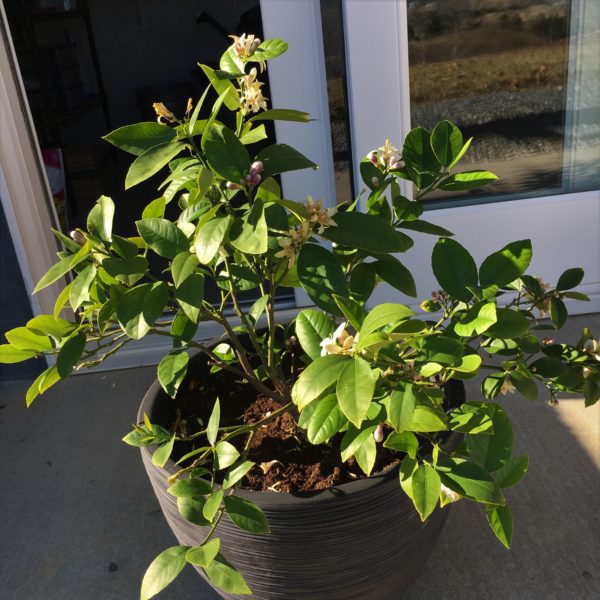 But where were the bees finding flowers in the dead of winter? Something must have been blooming and those clever bees discovered it. As we pondered this mystery, we remembered our tiny lemon tree in the greenhouse was flowering and moved it outside. Within a half-hour, bees from Bees had found it. Amazing! 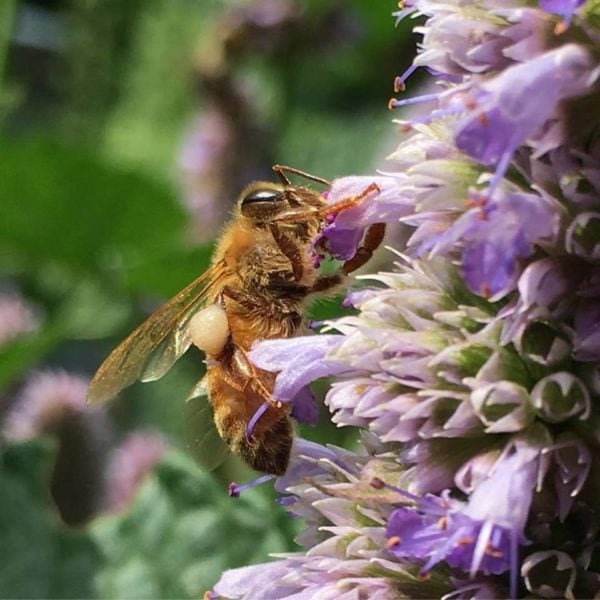 The loss of one colony made it clear just how dicey the whole endeavor is and sharpened my appreciation for the endurance of the other. Isn’t that how it often goes, though? A blow to the ego, a lost love, a broken friendship, and a bomb cyclone have pretty much the same effect: the next upswing seems that much sweeter. This isn’t news and it isn’t deep but somehow it’s something I need to remind myself of again and again.

We’re heading toward spring, Bees! Hang in there.

(Want to read more about our adventures in beekeeping? Look here.)