Earth and Ink with Sonja Yoerg: The Mighty Pawpaw: Fruit of the Mastodon

When we first bought our land, the former owner took us on a tour. Half of the land is pasture, half is forested. Machetes were involved.

One of the trees he pointed out was the pawpaw. He noticed my blank stare. “Tastes like bananas.” I’d never heard of them, though many of you undoubtedly have, as they are widely distributed throughout the temperate Eastern regions. Here’s what the fruit looks like. 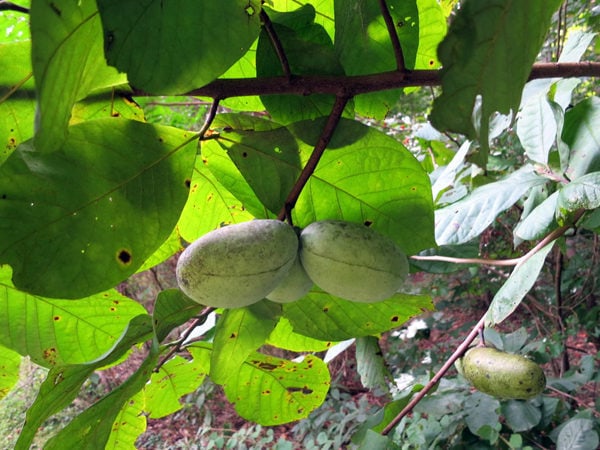 You can tell by the leaves this tree would never make it in New England. It doesn’t like low humidity either, and needs 400 hours of winter chill, which explains why I’d never seen it in California or elsewhere in the West. The trees gather at the edges of the woods and lend a tropical ambiance. Makes me want to organize a luau. 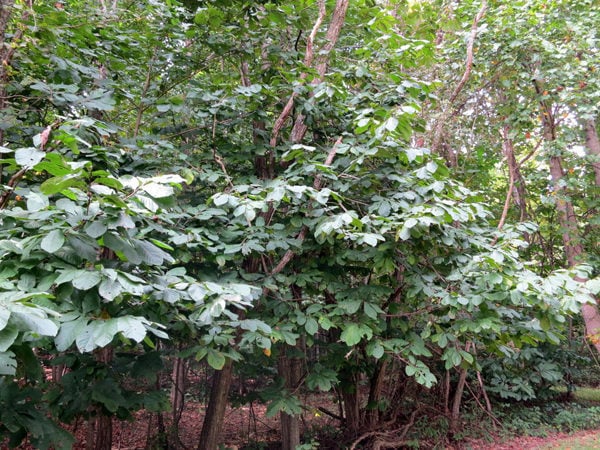 We had to try some. The fruit is butt ugly when it’s ripe; open it up and it gets weird fast. It’s filled with numerous large disc-shaped seeds which no living herbivore can swallow. Back in the day, mastodons and giant ground sloths had pawpaw parties, and distributed the seeds in their pawpaw poopoo. Now the pawpaws stay where they are unless the seeds wash away, or someone plants them.

The pulp clings to the seeds, so you pretty much have to dig them out and scrape what’s left into a bowl. Luckily we have an embarrassment of pawpaws and harvested three pounds of pulp in the first batch. The taste? Think of a cross between banana, mango, and passion fruit. The aroma from the huge bowl in the kitchen made the whole house smell like a fifth-grade girl’s lip gloss. 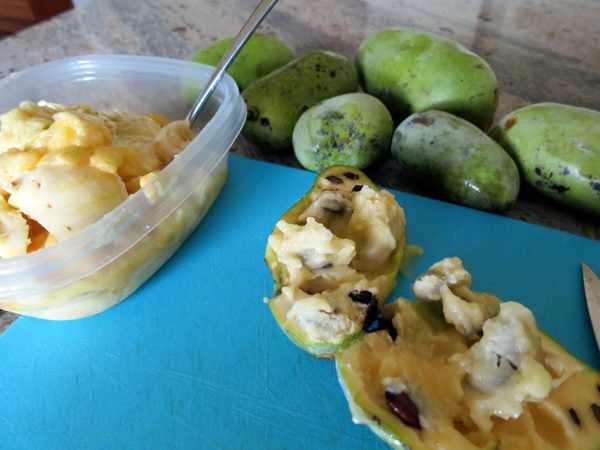 I baked a loaf of pawpaw bread, using the jacked-up banana bread recipe from Smitten Kitchen. As you can see from the photo, I had to throw a third of it away the minute it came out of the oven. (Ha!) Oh, and don’t adjust your screen. It is weirdly pink. It’s just showing off how tropical it truly is, deep down inside. 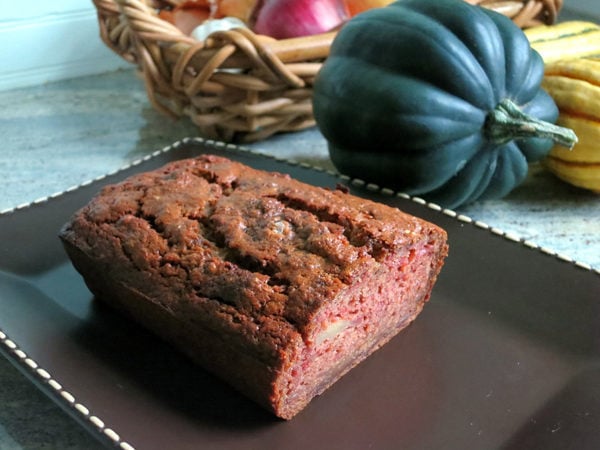 My next recipe is something a giant ground sloth might have enjoyed at the end of a long day spent suspended from a branch doing jack: a pawpaw daiquiri. Care to join me?

Share your pawpaw recipes or commiserate with me on the absence of the mastodon. Every creature has its day. Make this yours.