HistFic Secrets: For the Love of Art 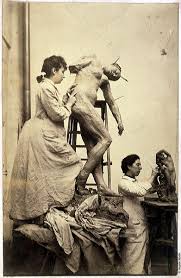 Being a female artist in Belle Époque France was a challenge to say the least, yet young sculptor Camille Claudel would carve out a name for herself—at all cost. Attending proper art school with nude models was frowned upon, and in most cases forbidden, as was wearing trousers to do the intense lifting, scrubbing, and chiseling that came with being a sculptor. To make matters worse, women seldom won the coveted positions at the Champs-Elysée Salon. On the rare occasion a female artist was nominated for her work, she garnered lesser awards, leaving the prestigious Salon prizes for their male counterparts—allegedly the most creative and intelligent of the sexes.

Yet Camille managed all of these feats. Not only did she work with live, nude models, but she received commissions for her work, as well as a prominent award for her sculpture Sakuntala; a depiction of an Indian woman resting her head atop her lover’s, who pleaded for her forgiveness. Still, Camille’s sensual work was deemed indecent by many, and her Sakuntala  (among other pieces) was not accepted everywhere. 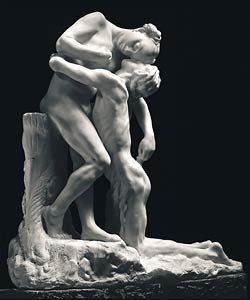 On one occasion in 1895, Camille sold an Alexander Harrison painting she owned to a museum in Châteauroux to support herself—buying stone, clay, and tools for sculpting, never mind rent for her atelier cost a small fortune, and she, among other artists struggled to make ends meet. Camille was so relieved by the museum’s purchase that she donated a copy of Sakuntala to the museum as a thank you. Delighted, the art committee featured her work in the main hall.

Camille visited the museum to view how they displayed her piece, and received a warm welcome, prompting the committee to submit an article praising her work in the town newspaper. Once again, Camille met strife. Several conservative bourgeois from the town were shocked—as other critics in Paris had been—by the sensual nature of her work. They pushed back against her and the art committee, ridiculing her skills and making both sexual jokes about the Hindu legend she had depicted, as well as mocking the committee for their choice in showing it. One article even suggested hiding the sculpture behind a curtain. 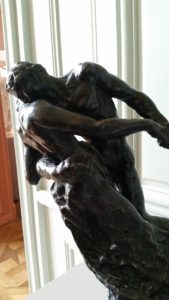 Luckily for Camille, she had gained the support of a few well-known critics who came to her defense. Gustave Geoffroy said, “Those who saw [Sakuntala] retain in their memory…the anatomical science and the passionate expression of these two figures.” Rodin, Camille’s collaborator, teacher, and lover, offered his unfailing support of her as well.

In my novel RODIN’S LOVER, I explore the politics of art, the tumultuous affair between the famed Auguste Rodin and his volatile, yet brilliant student Camille Claudel, and the fine lines between obsession and madness.

For those interested in seeing some of Camille’s works, a few of my favorites are: The Waltz, The Wave, Maturity, The Gossips, and Clotho. I have photos on my website under FOR FUN, as well as a Pinterest board packed with photos of her work as well as Rodin’s. 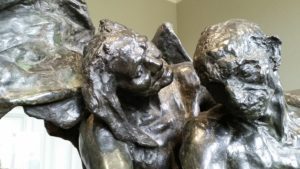 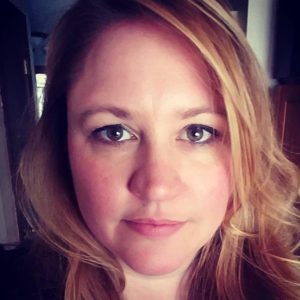 Heather Webb is the international bestselling author of historical novels Becoming Josephine,Rodin’s Lover, Last Christmas in Paris, and The Phantom’s Apprentice, which have been featured in the New York Times, Wall Street Journal, Entertainment Weekly and more, as well as received national starred reviews. In 2015, Rodin’s Lover was selected as a Goodreads Top Pick, and in 2017, Last Christmas in Paris became a Globe & Mail bestseller and was also shortlisted for the Women’s Fiction Writers Association Star Award. Look for her up and coming novel Meet Me in Monaco, set to the backdrop of Grace Kelly’s wedding, releasing in summer 2019.  When not writing, you may find Heather collecting cookbooks or looking for excuses to travel. She lives in New England with her family and one feisty rabbit.