Many people think historical novelists do extensive research to ensure historical accuracy. Our guilty secret? We research extensively because we’re history geeks. We often research way past the point of necessity, happily falling down rabbit holes, all the while deluding ourselves that we’re doing productive work when we haven’t actually written a word.

We research not just to ensure accuracy or because we want to find facts that validate our story, but because research sometimes brings us the story to us in unexpected ways.

My research for Dragon Springs Roadstarted with a tidbit of family history with the slightest of connections to a prominent Shanghai businessman called Silas Hardoon. I went down that rabbit hole. Hardoon was a Sephardic Jew from Baghdad who had moved to Shanghai and invested in real estate and opium. By the time he died in 1931, he was the ‘wealthiest man east of the Suez Canal’. Far more interesting to my mind, Silas married a woman named Luo Jialing. She was part-Chinese, part-French and “sold flowers” near Shanghai’s Old West Gate. The couple adopted a dozen children, some accounts say as many as 20. The children were Chinese, Eurasian and Jewish. They raised half in the Jewish faith and half as Buddhists. 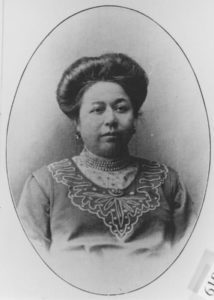 What a great premise, right? One that would catch anyone’s interest. In fact, my US and Canadian editors bought my second novel, Dragon Springs Road,from a synopsis based around such a premise.

But as I continued researching, something else piqued my interest even more. It was about the status of Eurasian orphans in early 20thcentury China.

It had been fairly easy finding accounts of Eurasians who belonged to the upper-classes because they were successful and literate, their lives documented in private and public records. Common sense, however, tells you that the majority of Eurasians in turn-of-the-century China were not wealthy or even middle-class, and I had trouble finding information about this Eurasian underclass.

Most mixed-race children were born into poverty. Their Chinese mothers were prostitutes or very poor, the children rarely acknowledged by their foreign fathers; they were an embarrassment to both Chinese and Western society. Girls could expect to be sold to brothels by the time they were eleven or twelve, boys bonded to factories. Their lives were swept under the carpet of history, they were considered unworthy of mention.

A friend suggested I look for journals and memoirs of female missionaries from that era, the ones who ran orphanages and schools. There I did find some information, just brief snippets, and those snippets were pretty grim. Grim because although they mentioned some success stories, you knew they were talking about the lucky few, the tiny percentage who entered orphanages or schools, who gained an education and some hope of earning a decent, respectable living. The rest of the tens of thousands of bi-racial orphans were unwanted and unacknowledged, treated as ‘other’ in the country of their birth.

InDragon Springs Road,there’s a passage I lifted almost verbatim from an 1898 letter to the British colonial secretary in Hong Kong. The letter was about a mission school for Eurasian girls. It closed down after only three years because once the girls graduated, able to speak some English, they were snapped up to become mistresses to foreign men. Not quite what the missionaries had in mind – but you can also see how becoming a foreigner’s mistress might be the path of least resistance for such girls. In Dragon Springs Road,  there is a  character whose fate I borrowed from this letter.

Ultimately the research brought me to a different story, one about a Eurasian orphan who did notmarry a wealthy man and who had to fight for a decent life in a society that scorned her at every turn. I felt an obligation to recognize the lives of all those unwanted children who had been ignored and swept under history’s carpet. She was the character who would sustain my interest through all the long months of writing.

I handed in a manuscript quite different from the one outlined in the synopsis my editors approved. It was a valuable lesson in my writing career because for months I had tried to work on the story outlined in the synopsis. But a different cast of characters pulled at me, demanding that their story be told. And finally I realized I had to give in. I’m sure my editors see this all the time because they didn’t seem to mind at all. Whew! 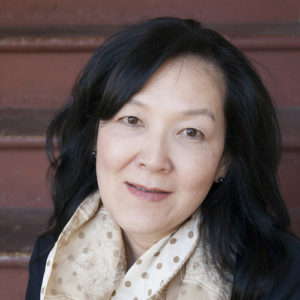 Janie Chang writes historical fiction with personal connections, drawing upon family history for inspiration. She grew up listening to stories about life in a small Chinese town in the years before the Second World War and tales of ancestors who encountered dragons, ghosts, and immortals.

Her first novel, THREE SOULS, was a finalist for the 2014 BC Book Prizes (Fiction) and one of nine Canadian books nominated for the 2015 International Dublin Literary Award. Her second novel, DRAGON SPRINGS ROAD, was a Globe and Mail national bestseller.

Born in Taiwan, Janie has lived in the Philippines, Iran, Thailand, and New Zealand. She now lives in beautiful Vancouver, Canada with her husband and Mischa, a rescue cat who thinks the staff could be doing a better job.