Guest Joyce Maynard on Novel Inspiration & Under the Influence 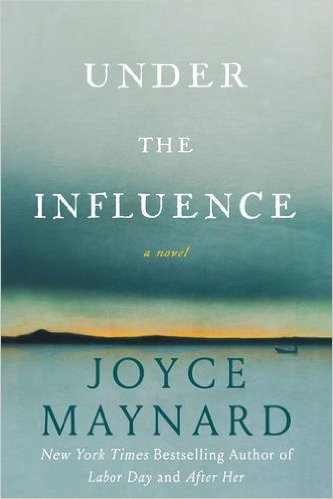 We’re thrilled to welcome New York Times bestselling author Joyce Maynard to the Tall Poppy blog today! Joyce is the author of nine books, including her most recent UNDER THE INFLUENCE (February 23, 2016), described as a “provocative, complex, and relentlessly gripping novel about emotional seduction and betrayal.”  In today’s post Joyce shares where her story ideas come from, and how her personal “obsessions” are often the inspiration for her novels.

There’s a question that comes up nearly every time I give a reading from a new book, or speak about my writing: Where do you get your ideas?

The answer is never simple. Even when a novel of mine might appear to have found its beginnings in some real event (like the Pamela Smart murder case, that inspired To Die For, or a heartbreak love affair I had, long ago, as a newly divorced single parent, that inspired Where Love Goes, or a child’s loss of her mother on September 11, 2001 in The Usual Rules), the line between What Really Happened and What I Wrote is a long and winding one, filled with unexpected side trips, events and characters I never knew, but only dreamed up.

More than any particular people or events, I think, what has inspired every novel I’ve ever written are my own obsessions. I know them well (they’re obsessions, after all; I’ve been hauling them around my whole life). So I start there. Then I find a story that allows me to explore them.

My new novel, Under the Influence, tells the story of a woman in her late 30’s—divorced, as I was at that age, and mother of a son. She lost custody of her son when she got arrested for a DUI, and at the point we first meet her, things are going badly in her life. She meets an older couple—charming, wealthy, fun, generous, and (for some reason she cannot fathom) interested in her, in a way nobody else has been for a very long time. They make her a part of their family—or so it seems.

The story is a new one, but the theme is one I’ve been going back to for decades: the longing for family, and the illusion of finding it when perhaps we have not. I will add here, that my character’s dependence on alcohol touches on another of my obsessions, because I am the daughter of an alcoholic, and in my own life, too, I have known the powerful pull of a glass of wine—or three—to take away some form of loneliness or sorrow.

My character’s history places her in particular jeopardy, of falling under the influence—of wine, and then another form of addiction, the influence of a dangerous friendship. Ultimately, the friendship between my narrator and her charismatic and amazing friends places her 8-year-old son at grave risk and requires her to make a terrible choice. She betrays the love of a very good man, for the fools’ gold of false friendship. And pays a steep price.

Friendship –and the loss of friendship–is a theme of my novel too. It’s also one of my obsessions. When people ask me what my new novel is about, and I speak of lost friendship, nearly invariably, the person I’m talking with will have a story of her own to tell, of a friendship gone horribly wrong, a friendship lost. Sometimes that kind of loss is worse, even, than the end of a love affair.

Under the Influence is my ninth novel. I’ve never been more excited about a book of mine coming out. It’s a story that will launch many conversations about family, about alcohol, about friendship. I look forward to being part of some of them.

I would once have added here , that I look forward to talking about all of this “over a glass of wine.” This time around—though I fault no reader for making a different choice–I may opt for tea instead. 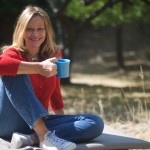 Joyce Maynard is the author of eight previous novels, including To Die For, Labor Day, The Good Daughters, as well as four books of nonfiction. Her bestselling memoir, At Home in the World, has been translated into sixteen languages. She lives in California. Visit Joyce at www.joycemaynard.com, or find her on Facebook or Twitter.