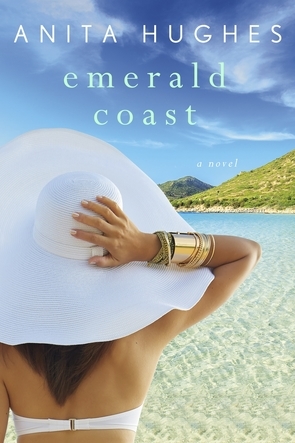 We’re so excited about Anita Hughes’ latest book EMERALD COAST, which is out today! Amy Poeppel, author of Small Admissions, calls it “a great summer read” and Camille Pagán, bestselling author of Life and Other Near-Death Experiences, says “No other writer combines love and exotic locales like Anita Hughes.”

Set on the glamorous Italian island, Emerald Coast is a touching and humorous story about marriage and the difficulty of finding love and happiness at the same time.

Lily Bristol arrives at a luxurious resort in Sardinia for the grand opening of her newest home furnishing store on the Emerald Coast. She’s a successful business woman with an international chain of stores from San Francisco to Milan. Thirty-two and newly divorced, she’s ready to handle things on her own. At least until her private butler, Enzo, escorts her to a beautiful suite where she notices a suspiciously familiar pair of men’s slippers and shaving kit.

Lily is horrified. Her ex-husband Oliver moved out of their restored Connecticut farmhouse six months ago, but they booked this trip when they were trying to save their marriage and never cancelled the reservation. Oliver, a food critic for the New York Times, is here covering Sardinia’s hottest new restaurant. The only other available room is the adjoining suite; and worse, Oliver isn’t alone. He’s brought a twenty-something named Angela with him.

Lily is determined to make do and enlists Enzo to find her a suitable man. But it’s not as easy to find new love as they both expected. When Lily and Oliver find themselves alone on a very important night, they turn to each other. Sparks begin to fly, but can they be together without breaking each other’s hearts?

Anita has answered some Poppy questions to celebrate the release!

Talk about one book that made an impact on you.
One book that made an impact on me was Herman Wouk’s THE CITY BOY. I read it when I was about eleven and immediately wanted to write my own book. I sat down and wrote a book called THE HERMIE HAPPY MAKER – it was a about a boy who wasn’t good at sports so he created an ice cream sundae to make him happy while the other boys played baseball. Herman Wouk is an amazing writer and MARJORIE MORNINGSTAR remains ones of my favorite books.

What time of day do you love best?
My favorite time of day is evening when I have put in a good day of writing and I can relax with a book or a movie on Netflix. I love to hear about what my kids have done all day and watch the bunnies in the garden and start thinking about what I’ll write tomorrow. A cup of frozen yogurt to end the day is my favorite thing!

Share something that’s always guaranteed to make you laugh.
Watching reruns of THAT SEVENTIES SHOW with my children. It was such a funny show and it brings back memories of growing up – they got the clothes down perfectly!

Talk about your book’s cover and/or title.
EMERALD COAST is set on the Emerald Coast of Sardinia so the title was an easy one. This is my tenth book with St. Martin’s Press and I particularly love this cover. I call it my “Jackie Collins” cover because I think it has the glamour and sexiness of her covers. 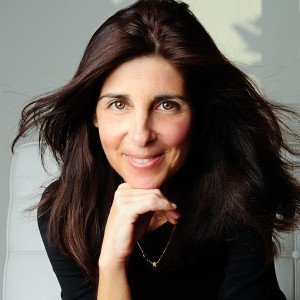 Anita Hughes is the author of MONARCH BEACH, MARKET STREET, LAKE COMO, FRENCH COAST, ROME IN LOVE, and more, all published by St. Martin’s Press. She grew up in Sydney, Australia, and attended Bard College and the University of California at Berkeley Master’s in Creative Writing Program. She lives with her family in Dana Point, California, where she is at work on her next novel.