Happy Pub Day to ANOTHER SIDE OF PARADISE and Sally Koslow 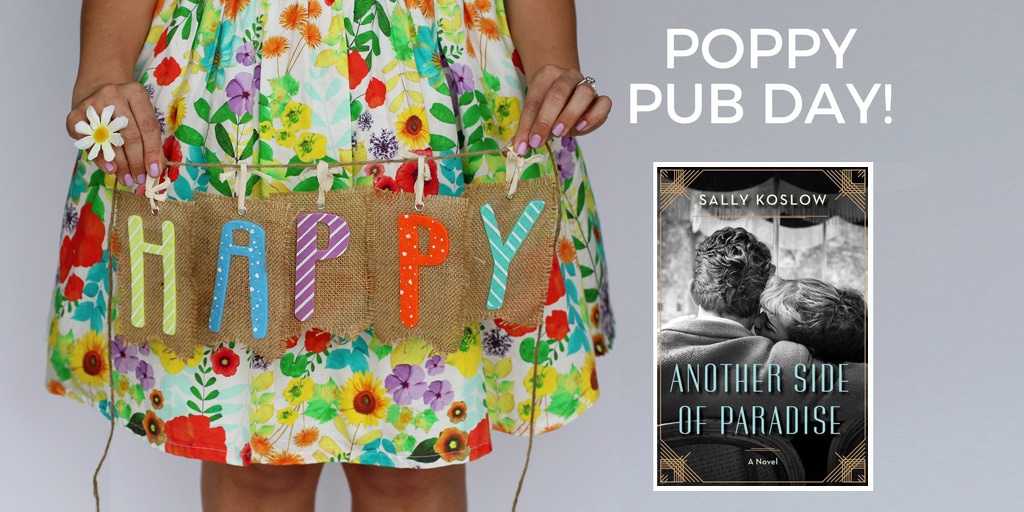 About Another Side of Paradise
Sally Koslow revisits the scandalous love affair between fading literary lion F. Scott Fitzgerald and Sheilah Graham, a slum-bred Englishwoman who, like Fitzgerald’s hero, Jay Gatsby, uses her charms and smarts to reinvent herself—in her case, as a top gossip columnist during Hollywood’s Golden Age. Graham, a fool for love but nobody’s fool, exposes the secrets of others while she holds tight to her own as she helps Fitzgerald revive his career until his tragic death three years later. This book is stoked with the glitter and passion of the film industry’s magic as World War II enfolds.

What people are saying
“Koslow’s imagined account of the real-life affair of the author and seductive expat is captivating.”—People

USA Today: 5 books you won’t want to miss this week & ANOTHER SIDE OF PARADISE is one of them.–“Told with taste and sympathy for these deeply flawed characters.” https://www.usatoday.com/story/life/books/2018/05/27/5-new-books-not-miss-david-sedaris-bush-marriage/613362002/

“Dishy with a side of wry.” —Oprah.com recommends for Memorial Day Weekend reading

Sally, former editor-in-chief of McCall’s, is the author of the novel The Widow Waltz (2014), the nonfiction book Slouching Toward Adulthood: How to Let Go So Your Kids Can Grow Up (2013), and many other books.
More on Sally’s bio page.