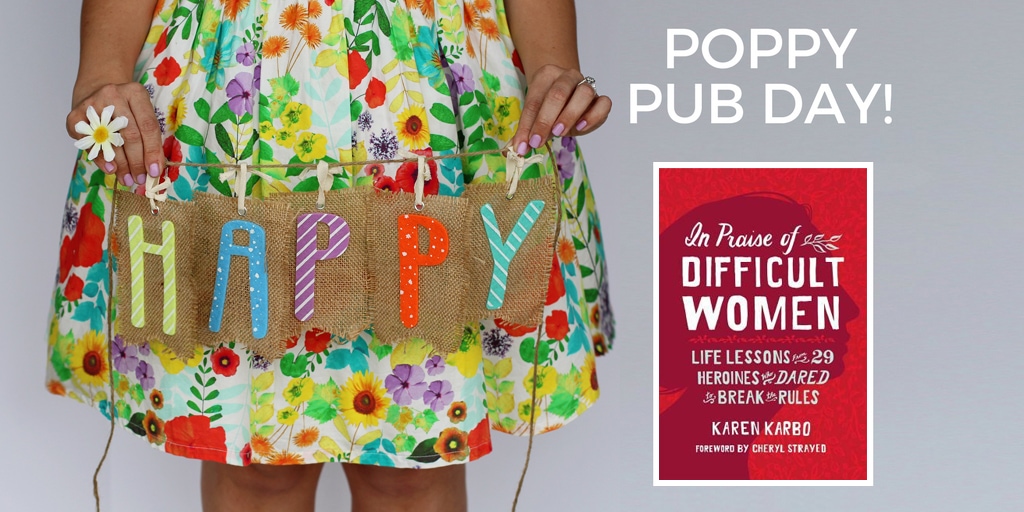 About In Praise of Difficult Women
From Frida Kahlo and Josephine Baker to Nora Ephron, Carrie Fisher, and Ruth Bader Ginsburg, this witty narrative explores what we can learn from the imperfect and extraordinary legacies of 29 iconic women who forged their own unique paths in the world.

What Karen had to say about writing In Praise of Difficult Women
Writing In Praise of Difficult Women took two years, but also my entire adult life. My mother died when I was 17. I was an only child from a small family, and there were no other older women – no grandmothers, aunts, or cousins – to model for me what it meant to be a woman in the world. As a kid I’d always been an avid reader of biographies and I found solace in reading about women like Frida Kahlo (her work was finally being celebrated), Martha Gellhorn, and Josephine Baker. I worshipped Jane Goodall. They became my role models. It became second nature to me to look to women in the public eye for guidance and substance, since I was otherwise quite alone in the world. I collected their stories and took them to heart. Then, a few years ago, I was talking to my editor about what I might write next, and I started telling her about all my difficult women, which led to the writing of this book. My “foundational” women (as I think of them) are all here, as well as younger “living” heroines who inspire me from day to day with their determination to stand their ground, speak their truth, and be who they are. To be, in short, difficult.

What people are saying
“Refreshingly frank, Karbo’s book celebrates women who forged provocative identities and found life fulfillment despite the odds they faced. Inspiring reading about women who have shown ‘that it’s all right to occupy our humanity.’” –Kirkus “The women chosen are eclectic, while the narrative is researched and informed yet conversationally welcoming…Karbo’s fondness for rule breakers and benders is clear, and she defends them through character quirks and missteps—real women lead real and flawed lives.” –Foreword

“IN PRAISE OF DIFFICULT WOMEN offers many words of wisdom, including sage advice from fashion titan Diana Vreeland, who noted that the only right life to live is “the one you know you want, and you make it for yourself.” —Women’s Voices ForeSight“Karbo examines the universal themes that connect each of us to these icons of female badassery and argues that being ‘difficult’ can lead to a more fulfilling life.” –BookRiot “In 29 takes, Karen Karbo catalogs the ways in which a woman rankles: She can be independent, exacting, impatient, persistent, opinionated, angry, unaccommodating, ambitious, restless, confident, brilliant, articulate, or just plain visible. Nothing is lost on Karbo, from Elizabeth Taylor’s double eyelashes to the contents of Martha Gellhorn’s travel bag to Amelia Earhart’s homemade roller coaster. You’ll need two copies!”—Stacy Schiff, best-selling author of CLEOPATRA: A LIFE and THE WITCHES  “Part biography, part inspiration, all parts fascinating, IN PRAISE OF DIFFICULT WOMEN is a wise and hilarious reminder of the importance of being a pain in the ass. Keep it by your bedside.”—Meghan Daum, best-selling author of The Unspeakable “Give me difficult women or give me death. Karen Karbo’s IN PRAISE OF DIFFICULT WOMEN brings us all back to life by illuminating the paths of women who refused to shut up, sit down, hold still, behave, or smile on anyone’s terms but their own. A perfect manifesto as to why now is the time to get loud, unflinching, and brazen, exactly as we are.”—Lidia Yuknavitch, author of THE MISFIT’S MANIFESTO  “Difficult seems absolutely delightful in these absorbing, inspiring, and often surprising portraits that do more than entertain. They raise important questions about femininity and culture, power and bravery—and make us ask these same questions about our mothers, sisters, daughters, and ourselves. Though Karbo masterfully covers a wide range of exceptional women, what unites them is the way they make ‘difficult’ become a quality not to avoid but to aspire to with gusto.”—Lori Gottlieb, New York Times best-selling author of MARRY HIM

Get your copy
Amazon: http://amzn.to/2Euz9Jt 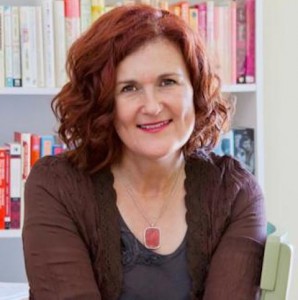 Karen Karbo is the author of fourteen award-winning novels, memoirs and works of non-fiction including the best-selling “Kick Ass Women” series. Her 2004 memoir, THE STUFF OF LIFE, was a New York Times Notable Book, a Books for a Better Life Award finalist, and winner of the Oregon Book Award for Creative Non-fiction. A recipient of a National Endowment for the Arts Fellowship in Fiction, Karen’s three adults novels have also been named New York Times Notable Books.