Lending A Bit of Yourself to The Story

“We’re all stories in the end.” ― Steven Moffat

I believe the stories in novels, even the ones we think we create completely, still start within ourselves. How can they not? Even if it feels merely like a pinprick, or like an instance of deja vu, there’s that moment that makes a story personal, and that’s what’s necessary – at least for me – to write it.

My latest novel, Left to Chance, is about a woman who bolts from her hometown the day of her best friend’s funeral. She leaves behind her family, friends, and love, and doesn’t come back for six years.  That’s where the story opens. Teddi Lerner, the main character, is trudging through her hometown airport and realizes how much it has changed. Of course, she doesn’t realize that’s just the beginning of the changes. 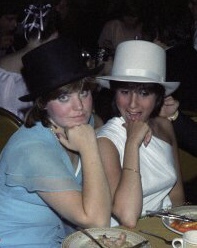 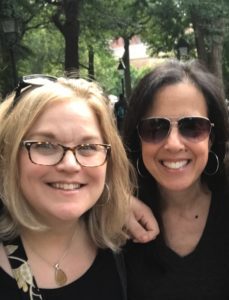 I didn’t run away and stay away from my hometown. I didn’t lose my best friend. But, the spark of this idea came to me when my best friend had a health scare and I learned she was fine – meaning, she wasn’t sick or at risk of being so. The idea that had things been different, I would have been best-friend-less, prompted this story. Maybe it was fear, maybe it was self-pity. Mostly I think it was relief and gratefulness.

The moment I got the news that she was fine, Teddi knocked on my brain and told me her story. She wasn’t as fortunate as I had been, her best friend had died.

I asked myself, what would it be like for someone to lose a lifelong best friend? What if that friendship had the duration and intensity of the friendship in my own life? So that’s what I gave to Teddi from my own life, my own story. 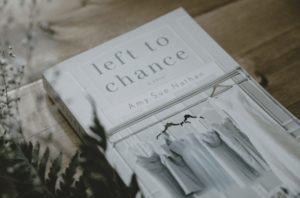 Throughout the writing of this story I felt as if I had become Teddi, more so than with the main characters of The Glass Wives or The Good Neighbor, and those stories had much more in common with my real life than the story in Left to Chance. Go figure! I didn’t dread writing it even though Teddi has moments of reflection and sadness. I didn’t constantly think about my own life or even my own best friend. I had allowed a bit of my own story to jumpstart a new one. I’d bequeathed one moment of myself to my story, and then, it took on a life of its own.

People often ask where I get my story ideas. The jokester in me usually says, “Target,” when the real answer is, “inside myself.”

What stories lay hidden inside of you?