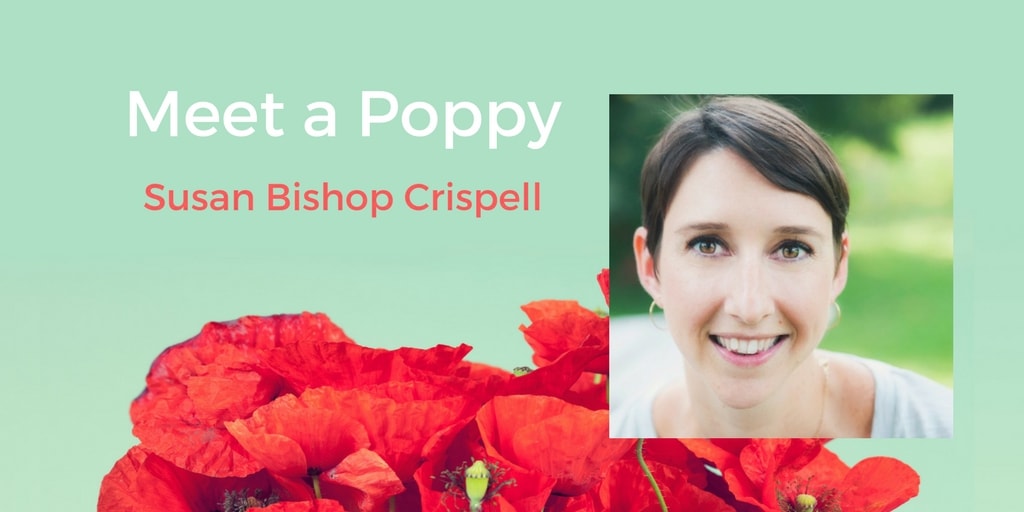 It’s not surprising that someone whose first words were about food, will end up writing stories that involve food. Susan’s first novel, The Secret Ingredient of Wishes, came out in 2016 and her second book, Dreaming in Chocolate, comes out in February 2018.

With Thanksgiving just a couple of days away, Susan had pie on her mind when we chatted with her: 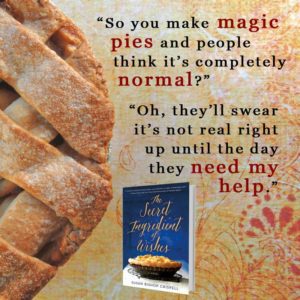 “While writing The Secret Ingredient of Wishes, which involves magical pie that keeps secrets from being spread around the fictional town of Nowhere, North Carolina, I baked a lot of pies. I tried out recipes for all of the pies mentioned in the book (there are many!) and learned to make my own pie crust. I even have a Pinterest board full of pies from the book: https://www.pinterest.com/sbcrispell/the-secret-ingredient-of-wishes-novel-inspiration/”

Susan has a handful of those amazing recipes on her blog (magic not included): https://susanbishopcrispell.wordpress.com/tag/friday-pieday/

Read more about Susan on her bio page.

Join Susan for the rest of her Bloom week (fair warning: there will be food talk, so, like going to the grocery store, you may not want to come on an empty stomach)