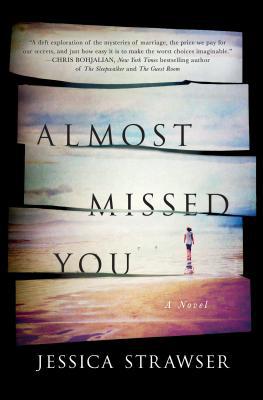 Let’s give a warm Tall Poppy Writers welcome to debut author Jessica Strawser and help her celebrate the launch of ALMOST MISSED YOU.

Here’s a bit about the book:
Violet and Finn were “meant to be,” said everyone, always. They ended up together by the hands of fate aligning things just so. Three years into their marriage, they have a wonderful little boy, and as the three of them embark on their first vacation as a family, Violet can’t help thinking that she can’t believe her luck. Life is good.

So no one is more surprised than she when Finn leaves her at the beach—just packs up the hotel room and disappears. And takes their son with him. Violet is suddenly in her own worst nightmare, and faced with the knowledge that the man she’s shared her life with, she never really knew at all.

Caitlin and Finn have been best friends since way back when, but when Finn shows up on Caitlin’s doorstep with the son he’s wanted for kidnapping, demands that she hide them from the authorities, and threatens to reveal a secret that could destroy her own family if she doesn’t, Caitlin faces an impossible choice.

Told through alternating viewpoints of Violet, Finn and Caitlin, Jessica Strawser’s Almost Missed You is a powerful story of a mother’s love, a husband’s betrayal, connections that maybe should have been missed, secrets that perhaps shouldn’t have been kept, and spaces between what’s meant to be and what might have been.

And now a few questions with Jessica …

Talk about one book that made an impact on you.
When most people talk about Anne Tyler, it’s The Accidental Tourist they mention first, but I think Dinner at the Homesick Restaurant is my favorite of her many wonderful books in the way it captures the highly relatable complexity and hilarity of one’s family’s dynamic. Nobody writes characters like Anne Tyler—nobody. They’re so vividly real, so fully realized, flaws and all. But I think in categorizing her as a more literary writer, people overlook how sharply funny she can be. This book and Breathing Lessons (for which she won the Pulitzer Prize) both had me laughing out loud, and I’d encourage anyone who has missed them to go back and add them to the TBR pile. These aren’t just books to admire: They’re books to unabashedly enjoy.

Where did the idea for your debut, ALMOST MISSED YOU, come from?
I’ve always been fascinated by the idea of fate, of what’s meant to be— “the one,” and “the one that got away,” and the idea of soulmates. So I wanted to play with that idea and take a couple that has the perfect fated story—they got together through years of near misses and missed connections until finally the stars aligned, finally the timing was right—but then hold that story up to a different light and ask, What if it wasn’t what it seemed? We’re all unreliable narrators, to a certain extent, in our own lives, and so I wanted to peel back the layers of omission and bias and limited perspectives and show the many sides to their story—sides that even the people involved may not have fully known.

What’s your favorite time to write and do you have any writing quirks, because, you know, inquiring minds?
I typically write at night, after my children are asleep, which is not at all my favorite time to write—but it’s the time I have available, and so I make it work. I often snack while I write, partly so that I don’t get sleepy, which is probably going to catch up with my waistline at some point! Otherwise I don’t know that I have many quirks, other than an uncanny ability to solve plot points in the shower and end up running for my laptop in a towel, dripping all over the carpet.

What’s one thing that’s making you happy right now?
Since my children are only 3 and 5 years old (and were much younger when I started this process), it was tough for them to grasp what was really going on with my becoming a published author when it was merely a topic of conversation to them. Only recently, in getting finished copies in hand and involving them in these early book launch events, have they truly begun to understand what’s happening. When my first real hardcover arrived, my 5-year-old threw his arms around me, unprompted, and yelled “Mommy, I’m so proud of you!” Finally getting to involve my whole family in something I’ve largely been doing while they sleep makes me happy beyond measure.

What is the best perk of this writing gig?
I’m a busy working mom and so people often ask me how the heck I find time to add writing to the pile. But (in the moments when I’m not sweating a deadline, anyway) the truth is that as someone who laments having little time or headspace to myself, the creative outlet satisfies something in me that is freeing and rewarding and energizing in all the best ways. When I’m between projects, I start to itch at a certain point not so much for the routine (which I do sometimes need a break from), but for that feeling that comes from creative neurons fueling the flow of words on the page. I feel unbelievably lucky to have tapped into something that fulfills me in that way—and connecting with fellow writers and readers who share in that thrill is icing on the cake.

What have you learned about yourself during the writing and publishing process?
That I can trust in myself—at least to a certain extent. That having the right team behind you can make a world of difference. That I love connecting with readers. And that I probably still have a lot to learn!

Can you talk about what you’re working on next?
I’m just wrapping a revision of the second book in my contract now. It’s an upmarket women’s fiction/domestic suspense hybrid in a similar vein, and I’d love it if you’d look for it next spring! 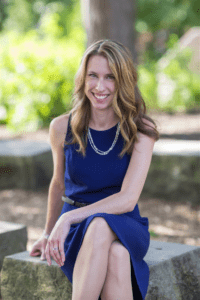 By day, Jessica Strawser is the editorial director of Writer’s Digest magazine, North America’s leading publication for aspiring and working writers since 1920. By night, she is a fiction writer with a debut novel, ALMOST MISSED YOU, forthcoming in March 2017 from St. Martin’s Press and another stand-alone novel to follow in 2018. And by the minute, she is a proud wife and mom of two in Cincinnati, Ohio. Her diverse career in publishing spans more than 15 years and includes stints in book editing, marketing and public relations, and freelance writing and editing. She blogs at WritersDigest.com and elsewhere, tweets fairly regularly @jessicastrawser and enjoys connecting on Facebook