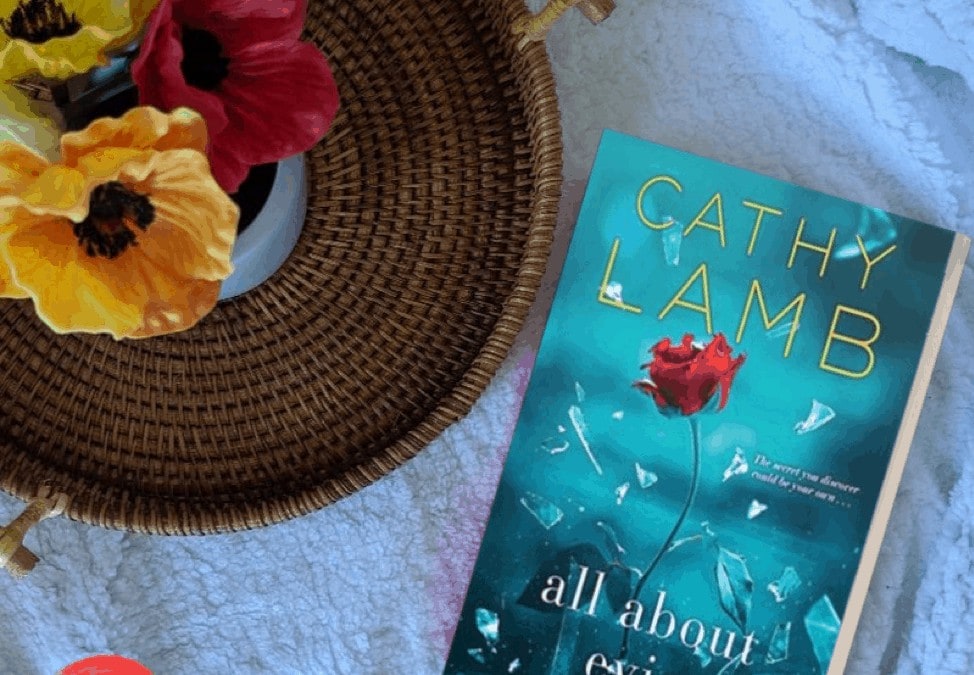 We have four fabulous new releases to share with you this month. These books with keep you warm as we head into winter. 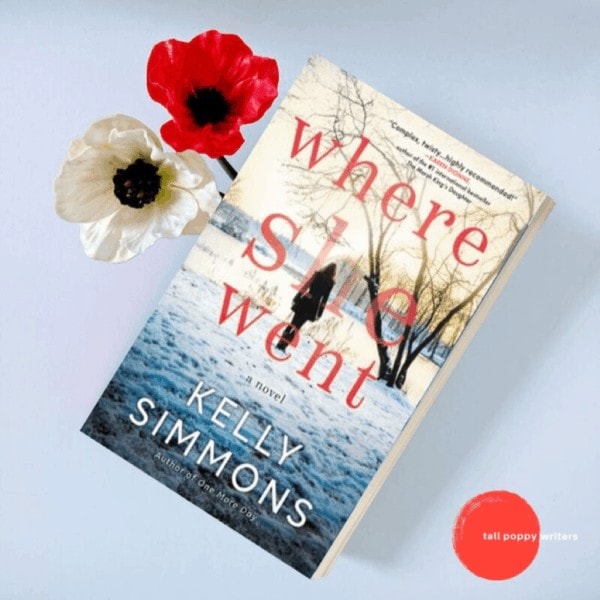 What happens when your worst fear comes true?

Her only daughter has just gone away to college, and Maggie O’Farrell knows she’s turning into one of those helicopter parents she used to mock. Worrying constantly, texting more than she should, even occasionally dropping by the campus “just to say hi.” But Maggie can’t shake the feeling that something terrible is about to happen to Emma. And then, just as Maggie starts to relax, her daughter disappears.

The clues are disturbing. An empty dorm room where Emma was supposedly living. A mysterious boy described as Future Husband in her phone. Dormmates who seem more sinister than friendly. As Maggie combs over the campus looking for signs of her daughter, she learns more about Emma’s life than she ever thought possible.

Kelly Simmons delivers another gripping novel in Where She Went, an unforgettable story of letting go and the secrets that surface when the person keeping them is gone.

“Kelly Simmons tackles every empty-nesting mom’s worst nightmare: your college freshman disappears without a trace. With engaging dual narration between the mother and her missing daughter, Simmons weaves a page-turning, topical story you’ll remember long after the end.” -Kaira Rouda, USA Today bestselling author of Best Day Ever and The Favorite Daughter 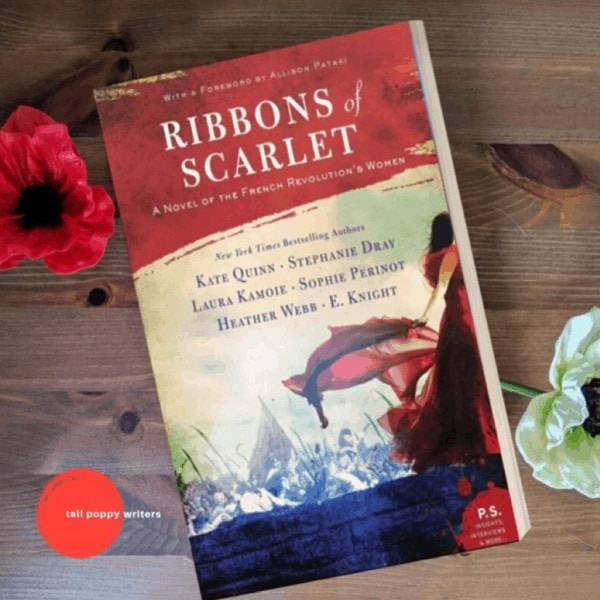 Six bestselling and award-winning authors bring to life a breathtaking epic novel illuminating the hopes, desires, and destinies of princesses and peasants, harlots and wives, fanatics and philosophers—six unforgettable women whose paths cross during one of the most tumultuous and transformative events in history: the French Revolution.

In late eighteenth-century France, women do not have a place in politics. But as the tide of revolution rises, women from gilded salons to the streets of Paris decide otherwise—upending a world order that has long oppressed them.

Blue-blooded Sophie de Grouchy believes in democracy, education, and equal rights for women, and marries the only man in Paris who agrees. Emboldened to fight the injustices of King Louis XVI, Sophie aims to prove that an educated populace can govern itself–but one of her students, fruit-seller Louise Audu, is hungrier for bread and vengeance than learning. When the Bastille falls and Louise leads a women’s march to Versailles, the monarchy is forced to bend, but not without a fight. The king’s pious sister Princess Elisabeth takes a stand to defend her brother, spirit her family to safety, and restore the old order, even at the risk of her head.

But when fanatics use the newspapers to twist the revolution’s ideals into a new tyranny, even the women who toppled the monarchy are threatened by the guillotine. Putting her faith in the pen, brilliant political wife Manon Roland tries to write a way out of France’s blood-soaked Reign of Terror while pike-bearing Pauline Leon and steely Charlotte Corday embrace violence as the only way to save the nation. With justice corrupted by revenge, all the women must make impossible choices to survive–unless unlikely heroine and courtesan’s daughter Emilie de Sainte-Amaranthe can sway the man who controls France’s fate: the fearsome Robespierre.

“This would be an amazing book at any time, but given this moment in time, it is especially perfect. Read it for the entertainment value, read it for the history, read it for the wonderful tales about these strong, unrelenting, powerful, committed women. But most of all, read it to be inspired. To be reminded of what mere mortals can do when we are determined. We need this book and more like it.” –M.J. Rose, NYT Bestselling author of Tiffany Blues 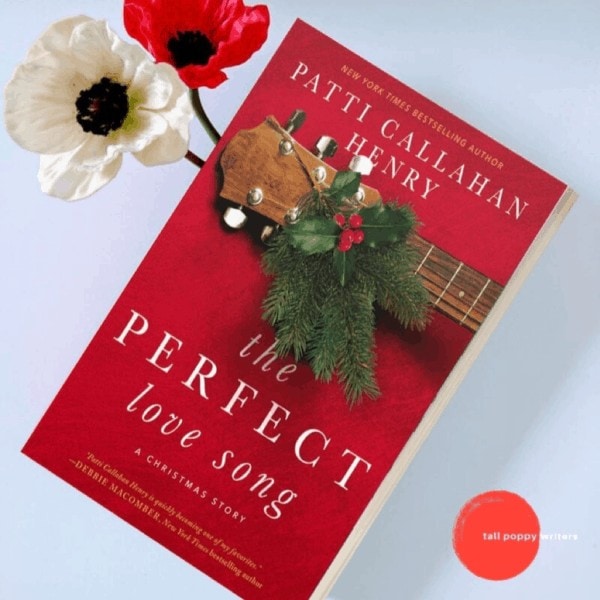 Can one song change the course of a life?

Brothers Jimmy and Jack Sullivan live a nomadic life doing what they love: touring with their band, The Unknown Souls. But Jack’s recent engagement to Kara has everyone looking forward to a Christmas destination wedding in Ireland.

Unlike his brother, Jimmy never expected to fall in love. But he feels a sense of peace and happiness whenever he’s around Kara’s best friend, Charlotte—which has him wondering what he’s missing. Over Thanksgiving, Jimmy and Charlotte write a song while sitting together on the back porch. When the band sings it at a Christmas concert the next night, Jimmy insists it’s the perfect love song—but a manager for another famous duo is adamant that it’s the perfect Christmas song. Before Jimmy knows what’s happening, he’s on tour with the hottest country band around and suddenly everyone knows his name.

But fame isn’t all it’s cracked up to be, and Jimmy finds himself far away from those he loves—especially Charlotte. Only a Christmas miracle—or two—will be able to lead Jimmy back to Ireland, to his brother, and to love.

“I fell in love with both Patti Callahan Henry and her work. The Perfect Love Song is a lyrical and heartwarming tale of love and forgiveness. Patti takes you to those places in the heart you didn’t even know you wanted to go.” -Pat Conroy, New York Times bestselling author of The Prince of Tides and South of Broad

Set against the natural beauty of the San Juan Islands in the Pacific Northwest, acclaimed author Cathy Lamb’s latest novel tells the emotionally compelling story of one woman’s life-changing discovery about her past…

As a child, Evie Lindsay was unnerved by her premonitions. As an adult, they have become a simple fact of life—sometimes disruptive but also inescapable, much like her quirky, loveable family.  Evie’s mother, Poppy, and her aunts, Camellia and Iris, are well known on San Orcanita island for their free-spirited ways and elaborately decorated hats. Their floral shop and Evie’s bookstore draw streams of visitors all summer long. This season promises to be extra busy: Evie’s sister, Jules, is getting married on the island.

As Jules plans her unconventional wedding, she and Evie take a DNA test  to see how much accepted lore about their heritage holds true. The results blow apart everything Evie has grown up believing about herself and her family. Spurred on by the revelations, Evie uncovers the real story of her past. But beyond her feelings of shock and betrayal, there are unexpected opportunities—to come to terms with a gift that has sometimes felt like a curse, to understand the secrets that surrounded her childhood, and to embrace the surprising new life that is waiting for her…