#PreFridayReads: All the Ugly and Wonderful Things by Bryn Greenwood

My very favorite novels allow me to crawl inside the perspective of a character who allows me to see the world in a different way. I love exploring themes that would make most people twitch—in fact, with body image and suicide, I’ve done so with my own novels. A taboo that even I hadn’t thought to challenge, though, was age of consent. I mean, we should be protecting our youth from adult predators, right? Case closed.

But what if the greater danger comes from the child’s own parents? 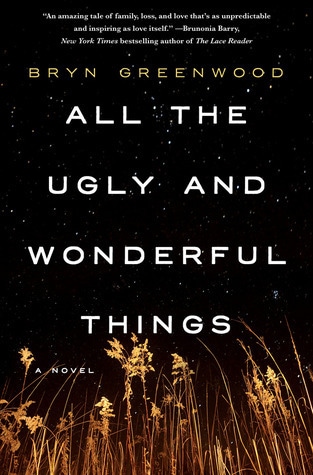 Because of the way Bryn Greenwood’s All the Ugly and Wonderful Things turns this issue on its ear, it has become one of my favorite novels. (Well, me and all of the other readers who made it a New York Times bestseller.) I can’t help but wonder what the one hundred agents who were too timid to represent this manuscript think about its amazing commercial success.

Greenwood gets right to the heart of things, fittingly enough, through her use of point-of-view. The novel opens in the first-person voice of Wavy’s cousin, Amy, whose mother took in the five-year-old when her parents had to do some jail time. From the outset we see Wavy the way others do: voiceless (Wavy rarely speaks) and odd (she won’t eat in front of other people). The second chapter moves to her next caretaker’s perspective—her grandmother. Only on page 23 do we finally hear from Wavy, and by this time, we start to get that the novel’s very structure—sixteen perspectives in all—is suggesting how much Wavy’s own opinions will matter in the world.

At the tender age of eight, Wavy meets her baby brother at her grandmother’s funeral. As her parents resume “guardianship,” she becomes Donal’s main caretaker while her father cooks meth in a nearby barn and her mother sleeps the days away in a haze. Meanwhile, one of her father’s drug runners, 24-year-old Jesse Joe Kellen, obliged to Wavy for fetching him help after a motorcycle accident, starts to check in on her. He takes her to school. Pays her school fees. Cleans up the house. Cares for her. They stare up at the stars together, learn the constellations. They grow to love one another.

But Wavy has been brought up in a rarified world where her main female role models are all trying to win her father’s favor through sex. She wants to be that special person with Kellen.

The rest of the novel shows us how this broken girl fights for the right to love, the right to stand in the surety of her own discretion, and the right to take into her mind, body, and spirit some small measure of joy and security—a right that many Americans simply assume is ours to pursue. By illuminating the rougher edges around the central role that family plays, All the Ugly and Wonderful Things shows us that not all situations are created equal.

I applaud Greenwood for taking on a cultural taboo that brings with it such a deeply ingrained and heavily legislated sensibility. In her capable hands, the result is a spell-binding story that book clubs will be talking about for years to come.

More on the book and buy links. 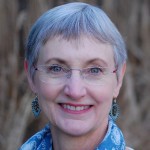 Kathryn Craft  is the award-winning author of two novels from Sourcebooks, THE ART OF FALLING and THE FAR END OF HAPPY, and a developmental editor at Writing-Partner.com, specializing in storytelling structure and writing craft. She has contributed chapters to the writing guides Author in Progress and The Complete Handbook of Novel Writing, both from Writers Digest Books.

More about Kathryn on her bio page.