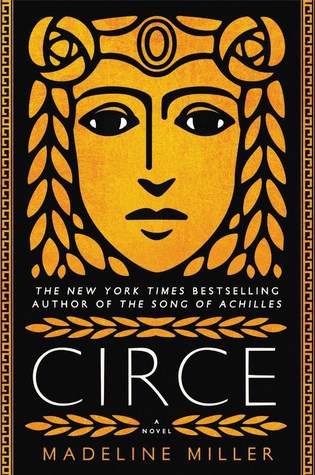 Even since I read The Song of Achilles, I was spellbound by Miller’s luminous prose and classic lore and awaited Miller’s next book with bated breath. Circe is an ultimate treat, a grand mesmerizing adventure of a daughter of an ambitious naiad and the almighty Helios, god of the sun. A goddess, Circe was, but among many Titans and Olympians, Moon Goddess, a myriad of naiads and thousands of nymphs, she was a faint shadow as unnoticeable as the soft gray flower on Oceanos’ riverbank; a lonely goddess, Circe was, too, treading behind clouds of divinities whose hearts were cold as the ancient palace’s stone floor. And yet, she was as she said, “that all my life had been murk and depth, but I was not a part of that dark water. I was a creature within it.” For she was not like them; she had a different sort of power; she was a witch.

So naturally, she was an irritant, and conveniently betrayed, and sacrificed, to appease Zeus –she was exiled to an island called Aiaia and remain imprisoned there for her entire life, which was a long, tedious, unthinkable eternity. But on her island, Circe bloomed. She was free; she lived on her own terms; she kept pets of lions and wild beasts, grew flowers and perfected her spells; she would also take a god to her bed. But she was unsuspecting as she had been curling at her father’s feet–she failed to see danger.

Miller’s prose transforms a little-known mythic character into a goddess of vulnerability and virtue, and her many encounters with fabled characters add rare herbs to a fascinating concoction– there was her taming of Minotaur, her fall for craftsman Daedalus, and her intertwining fate with the canny Odysseus who would haunt her even after his death.

Throughout the novel, divinity was painted in a pale light knitted with fancy and fire, and Circe struggled, as any strong woman might. In the end, she triumphed over divinity, in a rather unexpected way that was both bitter and sweet. I adore this novel.

More about Weina on her bio page.