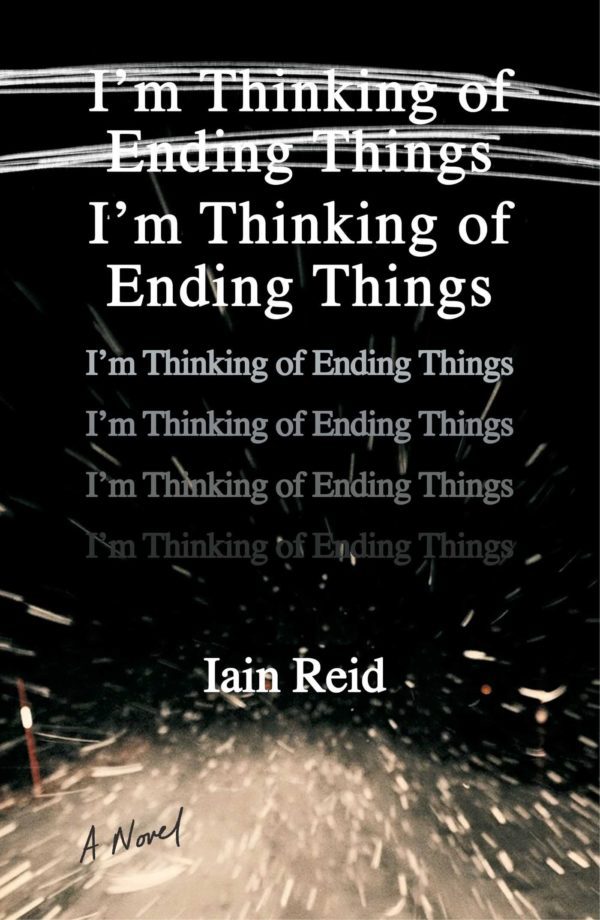 A book I recommend often is one I can’t tell you anything about. It was recommended to me by someone who couldn’t tell me anything, either. He said to me, “Just read it,” and now I’m saying that to you.

I’m Thinking of Ending Things, the short, nerve-wracking 2016 novel by Ian Reid, is one of those rare books that you’ll have no choice but to read in one sitting. I do not have my author blurb-writing hat on here. This isn’t hype. One reviewer called I’m Thinking of Ending Things tight and ferocious and if you’re not in the mood to have your mind blown by something tight and ferocious, while being pinned to the sofa, possibly getting a leg cramp while also having to pee, it’s probably best just to click on another recommendation.

I’m Thinking of Ending Things is about a girl and a boy and a break-up and beyond that, I can only tell you that when I picked it up on a vacation in the South of France, everyone else went to the beach and after a perfect afternoon of sunning and swimming, and moving on to a café for tapas (the village is very close to Spain) and a few bottles of France’s best rosé, I chose to sit pretty much paralyzed on the less-than-comfy couch in our AirBnB and inhale I’m Thinking of Ending Things. When my husband returned, I said, “You have to read it but I can’t tell you anything about it.”

Then I texted my English major daughter (go Ducks!) and said, “You have to read this book. It will totally freak you out.” Then I added the freak out emoji (or what I thought was the freak out emoji. I wasn’t wearing my glasses.)

Then we all three read it again, because it’s that kind of book. Only at the very end does it all make sense.

It’s either the perfect book for a winter night, or the worst book for a winter’s night. But here’s the thing, once you’re done, you know you’ve had an honest-to goodness flat out amazing reading experience. Which is probably worth the leg cramp, and maybe a disturbing dream or two.

You can buy your copy here. 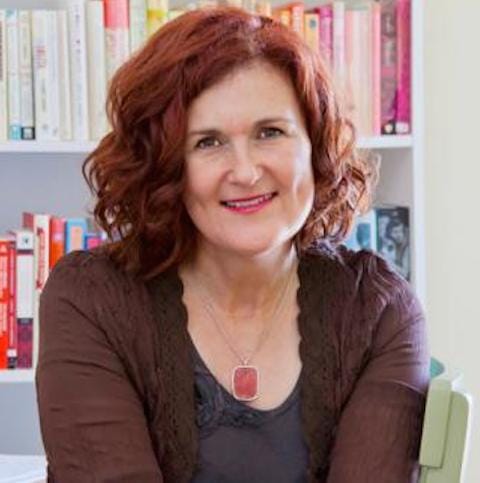 Karen Karbo is the author of fourteen award-winning novels, memoirs and works of non-fiction including the best-selling “Kick Ass Women” series. Her 2004 memoir, THE STUFF OF LIFE, was a New York Times Notable Book, a Books for a Better Life Award finalist, and winner of the Oregon Book Award for Creative Non-fiction. A recipient of a National Endowment for the Arts Fellowship in Fiction, Karen’s three adults novels have also been named New York Times Notable Books. Her short stories, essays, articles and reviews have appeared in Elle, Vogue, O, Esquire, Outside, The New York Times, Salon, and other magazines. Recently, she was one of the 24 writers selected for the inaugural Amtrak Residency. Most recently, she is the author of In Praise of Difficult Women: Life Lessons from 29 Heroines Who Dared to Break the Rules (National Geographic 2018).