#PreFridayReads Lincoln in the Bardo by George Saunders 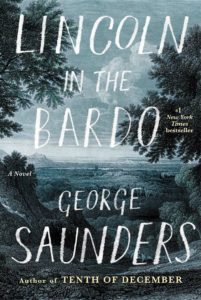 I am a Buddhist, at heart. Although I don’t know a chant from Heart Sutra or Diamond Sutra, neither have I visited a single temple in the U.S. But many a Buddhist concepts appeals to me, that is true. When I heard Lincoln in the Bardo by George Saunders, I was immediately drawn to it, and… found myself really drawn to it–I mean, that eerie state of being dead but not truly dead. The story is simple: a grieving Lincoln visits his beloved son at the crypt, unable to let his son go, and unaware that each visit sent a shock wave to those long dead around him. Those beings, in turn, responded, from being hopeless, to be hopeful, to be helpful, and then to be… dead again.

The novel features a distinctive cast of characters–all dead, bursting emotions of sadness, joy, kindness, and humor–absolutely human, all set in that eerie state of bardo. It is a quirky read, but fascinating, and in the end, you marvel what a word wizard the author is, and you find yourself sigh for those characters who are ultimately… dead. 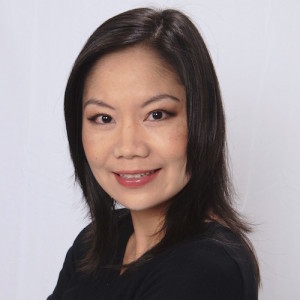 Weina Dai Randel is a Chinese-American writer. Her debut novel The Moon in the Palace was nominated by Goodreads Choice Award for Best Historical Fiction, RT Book Reviews Reviewers Choice Award, and RITA Awards from Romance Writers of America. The Moon in the Palace and its sequel The Empress of Bright Moon will be translated into seven languages. Interviews of Weina have appeared on Good Morning Texas-ABC, The Wall Street Journal China Real Time, Library Journal, The Huffington Post, RT Book Reviews, The Los Angeles Reviews of Books, Fresh Fiction, Books by Women.org and international magazine Estante.