#PreFridayReads: Looking for Me by Beth Hoffman 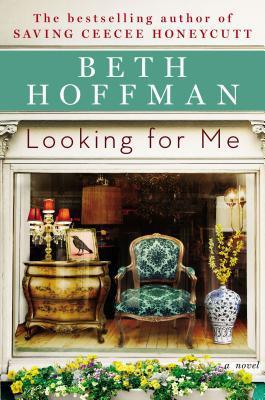 amily secrets, restoring antiques, animals … this Looking For Me is my soul book. Teddi Overman discovers a talent for restoring old, unwanted furniture at a young age. She escapes from the family farm in rural Kentucky and opens a store in Charleston, SC. Teddi builds a content life for herself but can’t shake the uncertainty she’s felt since her brother Josh’s mysterious disappearance. When there are signs that Josh may still be alive, Teddi returns to the family farm where she’ll have to come to terms with her shattered family and open the door to finding herself.

Told from Teddi’s point-of-view, the book seamlessly takes the reader between past and present, through dreams and regret, heartbreak and hope. Beth Hoffman’s prose is vivid and breathtaking. Her characters are complicated and real. Her descriptions are evocative and utterly charming. And the plot is intricately woven with all the drama of families and the quirkiness of life.

Like the junk Teddi turns into treasures, Looking For Me is a treasure you’ll want to race through and savor at the same time. 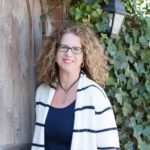 Orly Konig is an escapee from the corporate world where she spent roughly sixteen (cough) years working in the space industry. Now she spends her days chatting up imaginary friends, drinking entirely too much coffee, and negotiating writing space around two over-fed cats. Her second novel, Carousel Beach, released May 8, 2018. Her debut, The Distance Home, was released May 2017. Orly is the founding president of the Women’s Fiction Writers Association.