#PreFridayReads: Murder at the Flamingo by Rachel McMillan 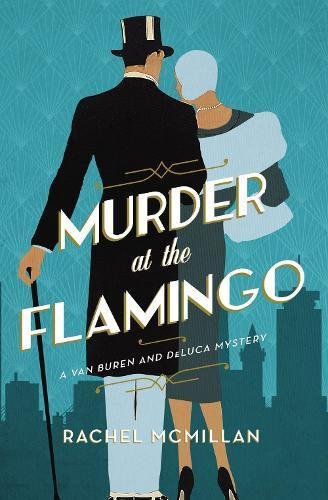 With a crowded mystery and suspense market, it’s hard to stand out from the pack. Rachel McMillan manages to do just this. She revives the classic 1930s-era amateur detective-whodunit set in a gloriously atmospheric Boston nightclub—The Flamingo. Our protagonist, Hamish DeLuca, is a brilliant young lawyer from Toronto fleeing his father’s overbearing directives. He’s joined by the spunky former socialite, Reggie Van Buren, who has recently ended an engagement and decided to leave her comfortable life behind to achieve some independence in the big city. When there is a murder at Hamish’s cousin’s nightclub, Hamish and Reggie join forces to solve the crime. Seems classic and familiar at first glance, no?

But there’s more. Hamish, we learn, suffers from an anxiety and panic disorder. Nowadays, it would be hard enough, but the general public is becoming more understanding. In the 1930s, this would have been an affliction that, if not controlled, could have ruined Hamish’s life. We see him tackle his obstacles, and see his close friends do their best to help him cope. It is a deft treatment of a serious disorder that educates the reader without compromising the entertainment value of the story. It manages to cross the bridge between “issue fiction” and “commercial fiction” seamlessly. It’s an immensely enjoyable and important read that I can’t recommend highly enough. I simply loved this book and can’t wait for the next in the series! Coming July 10, 2018 to a bookseller near you!

From the Cover:
Hamish DeLuca has spent most of his life trying to hide the anxiety that appears at the most inopportune times — including during his first real court case as a new lawyer. Determined to rise above his father’s expectations, Hamish runs away to Boston where his cousin, Luca Valari, is opening a fashionable nightclub in Scollay Square. When he meets his cousin’s “right hand man” Reggie, Hamish wonders if his dreams for a more normal life might be at hand.

Regina “Reggie” Van Buren, heir to a New Haven fortune, has fled fine china, small talk, and the man her parents expect her to marry. Determined to make a life as the self-sufficient city girl she’s seen in her favorite Jean Arthur and Katharine Hepburn pictures, Reggie runs away to Boston, where she finds an easy secretarial job with the suave Luca Valari. But as she and Hamish work together in Luca’s glittering world, they discover a darker side to the smashing Flamingo night club.

When a corpse is discovered at the Flamingo, Reggie and Hamish quickly learn there is a vast chasm between the haves and the have-nots in 1937 Boston—and that there’s an underworld that feeds on them both. As Hamish is forced to choose between his conscience and loyalty to his beloved cousin, the unlikely sleuthing duo work to expose a murder before the darkness destroys everything they’ve worked to build.

About Rachel
Rachel McMillan is a history enthusiast, lifelong bibliophile, and author of the Herringford and Watts series. When not reading (or writing), Rachel can be found at the theater, traveling near and far, and watching far too many British miniseries. Rachel lives in Toronto where she works in educational publishing and is always planning her next trip to Boston. Facebook: RachKMc1; Twitter: @RachKMc; Instagram: RachKMc. 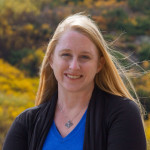 Aimie K. Runyan writes to celebrate history’s unsung heroines. She has written three historical novels, including the internationally bestselling Daughters of the Night Sky and Promised to the Crown. She is active as an educator and speaker in the writing community and beyond. She lives in Colorado with her wonderful husband and two (usually) adorable children.

More on Aimie on her bio page.