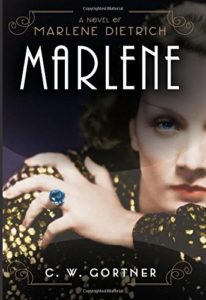 In the course of writing a biographical novel*—the tumultuous love story between F. Scott Fitzgerald and Sheilah Graham, a Hollywood gossip columnist with her own juicy past—I read extensively about Tinseltown and gobbled up other biographical novels. One that I found especially interesting brought to life Marlene Dietrich, someone whom I thought I knew, but clearly didn’t.

Marlene begins with the subject’s schoolgirl years in Weimar, Germany. Surrounded by a dragon lady mother and insipid older sister, young Marlene is put-upon yet spunky. But hold on to your hat. It doesn’t take long for her to move to the Berlin of the Weimar Republic, the seedy scene of Cabaret. She takes an older, married man as a lover–her violin teacher–and not long after that, a female lover and throughout her life, remains openly bisexual. Marlene marries, and in her own way, stays loyal to her husband, with whom she bears a daughter, but this does not preclude dozens of affairs, some with names you’ll recognize. (No spoilers here!)

As her career builds, she eventually moves to Los Angeles, where she becomes the legend we know as both singer and actress. The best parts of the book, however, center on Germany. The author, C.W. Gortner, vividly captures the decadence and despair following post-WW1, and offers insights into the experience of citizens who were disgusted by Hitler, yet went along to get along.  I have read many books about World War II, the Holocaust and Nazi Germany, but this one offered a new perspective. I not only liked Marlene, I learned from it. 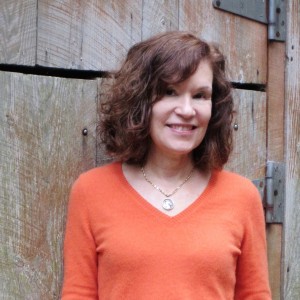 Sometime you need to reinvent yourself. My first career was in the world of magazines. I worked on several titles you may have read, including McCall’s, where I was the editor in chief. I also headed up some other magazines, and started one called Lifetime, associated with the cable TV channel. But reading habits have changed, as have magazines—if they’re still alive–and many editors who busted their chops on editorial staffs have looked for new work. For me that’s meant stepping out of my suit an stilettoes into jeans and flip-flops to teach creative writing, report articles, pick my brain in essays and the best part: write four novels and one work of non-fiction in the last decade, with a new one novel, *Another Side of Paradise, coming next year. I welcome you to my website: www.sallykoslow.com.