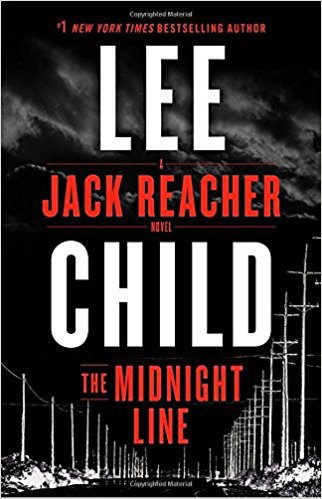 If there was ever an author in the thriller genre who didn’t need another glowing review, it’s Lee Child with his Jack Reacher series. If there was ever an author who deserved a glowing review, it is Lee Child, for his newest novel, The Midnight Line. But my reasons for loving this book are particular. I’m not going to talk about plot, although this writer should be called Lee Plot-Man Child because his plots travel at the speed of light with me hanging on for dear life. And I’m not going to talk about action, even though I delight in Jack Reacher’s deft skill at taking down a clutch of tough guys.

There are two things that set this book apart from other thrillers. First, Jack Reacher treats women as full human beings with brains and special skills and he often acknowledges their general superior attributes. Here is a character who actually loves and admires women instead of the weird love/hate duality that seeps through so often when men write about women.

The book begins when Jack Reacher, in his lonely trek across the US, sees a ring in a pawn shop. But it is West Point ring and he knows exactly how hard it is to earn that ring because he’s a graduate too. The ring is small, a woman’s ring, year 2005, and right away he knows how much harder it was for a woman to earn that ring because she had a lot of knuckle heads hassling her in 2005. It was page three and I already loved this story because he acknowledged the struggles that a female cadet would encounter. He sets out to reunite the woman with the ring.

Lee Child amazingly creates a secondary female character who has nothing to do with Jack Reacher, but who is as determined as he is to solve a crime. Her name is Detective Gloria Nakamura and she is not put in the book to be Jack Reacher’s love interest. She’s there to be a brilliant detective. I’m here to tell you, this does not happen with most thrillers that are written by men. Lee Child needs to offer classes to the guys.

The second reason that I loved this book was his mastery at including research about the history of opioids, how the wounded vets are so vulnerable to addiction, and the enormous power of addiction. And he does this without judgement. He took a topic that has a strangle hold on our country, whipped it into a thriller, and made us smarter and more empathetic. As a writer, I have nothing but admiration for Lee Child. As a reader, I’m a fan. 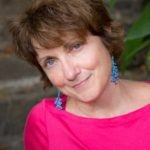