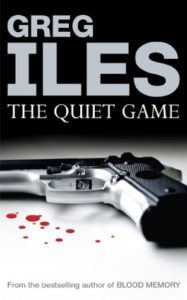 Just turned the last page on The Quiet Game by Greg Isles. Wow! I’ll be downloading the next book in his Penn Cage series when my pulse rate returns to normal. What a rip-roaring ride with everything one could want in a novel: high stakes, twists and turns, big actions scenes, romance and passion (not necessarily with the same woman) and a slam-dunk of a climax. If would urge you to run, not walk, to buy yourself a copy, but if you’re like me you’ll be jacking up your pulse-rate more than is probably safe just reading it.

When recently widowed Penn Cage leaves Houston with his young daughter and returns to his hometown seeking peace, he finds something very different. Natchez, Mississippi, is the jewel of the antebellum South, a city of old secrets and older money. Upon learning that his father is being blackmailed, Penn finds himself reopening the most highly charged murder case in the town’s history, searching for the evidence that could bring down the judge who nearly destroyed his father years ago. As the town closes ranks against him, Penn is joined by Caitlin Masters, a young newspaper publisher, on a deadly quest to find answers to one of the darkest chapters of American history, a quest that pits them against the FBI, a band of brothers still fiercely guarding the tainted legacy of J. Edgar Hoover. But Penn’s most dangerous journey must be made alone–into the abiding mystery of his own past, into the mind and heart of a woman he lost twenty years ago, and who still has the power to save or destroy him. 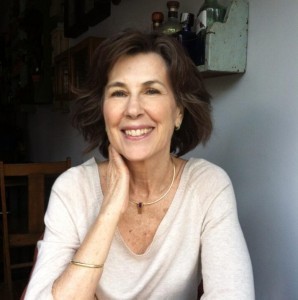 Eileen Goudge is the New York Times bestselling author of fifteen women’s fiction titles, which include GARDEN OF LIES, ONE LAST DANCE, and WOMAN IN RED. Her newest title, BONES AND ROSES, is the first book in her Cypress Bay mystery series. Book Two, SWIMSUIT BODY comes out in 2015. She lives in New York City with her husband, Sandy Kenyon, entertainment reporter and film critic for WABC-TV, though she’s known to disappear into the wilds with her laptop from the time to time. A favorite getaway, her hometown of Santa Cruz, California, was the inspiration for the fictional town in her Cypress Bay mystery series.

You can learn more about Eileen here.