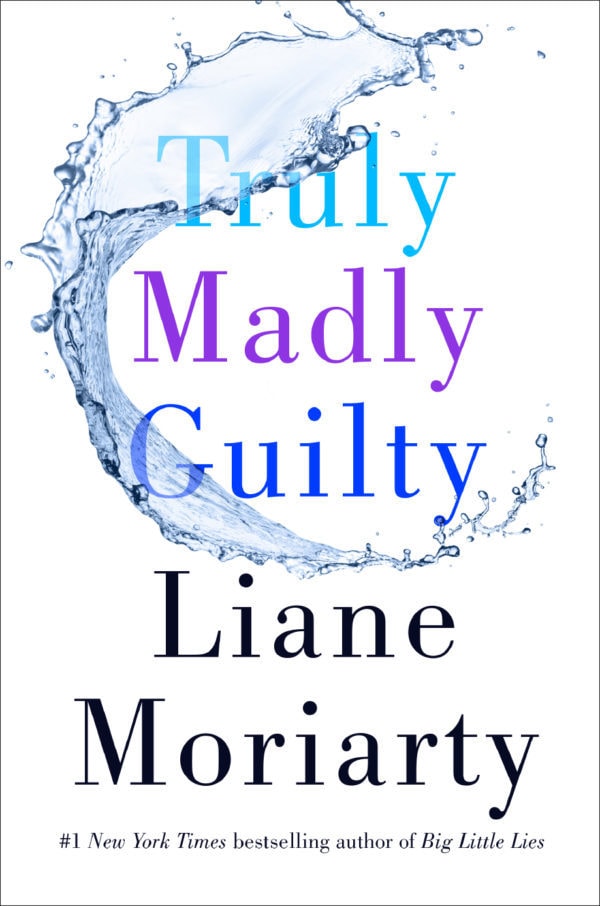 For reasons that I can’t explain, I approached Liane Moriarty’s new novel, Truly Madly Guilty, with the same reticence that I had with Big Little Lies when I first cracked it open. When I first encountered Big Little Lies, I expected something light, a beach read about thirty something women clamoring about their kids. But that is the mastery of Moriarty; she lets us think we’re in for a surface ride, then she straps us in, and takes us to the depths of human nature. If you’ve read Big Little Lies, you know what I mean.

She did it to me all over again with her new book, Truly Madly Guilty. I must be a slow learner because I fell for her ruse again and at first I accepted her characters at face value, three wildly different couples with surely enough complexity to make them real. Because Moriarty is a powerful writer, it’s natural for readers to settle in and feel comfortable, slipping into her world. And then the minute that I clicked in my seat belt, she hit the accelerator and peeled back layer after layer of each character, finding unlikely heroes, and other times revealing the kind of human terror and weakness that none of us want to show.

Moriarty uses her finely tuned ability to show emotion in the slightest muscle twitch, a pause that lasts a nanosecond, or a sideways glance. I was astounded by her use of physicality and psychology. After all, she is asking the question: how would any of us respond to massive, unrelenting waves of guilt when an innocent is hurt?

I was fully mesmerized by this book.

More on Jacqueline on her bio page.