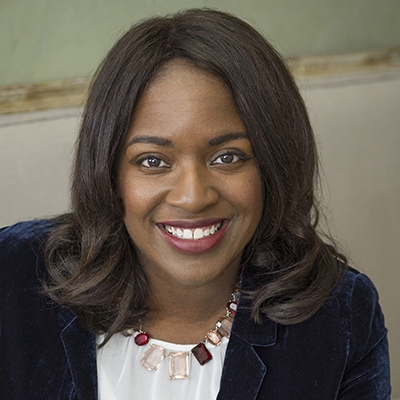 A native of Chicago’s South Side, Nancy Johnson worked for more than a decade as an Emmy-nominated, award-winning television journalist at CBS and ABC affiliates in markets nationwide. Her debut novel, The Kindest Lie, was a Target Book Club Pick. It has been reviewed by The New York Times, The Washington Post, and Los Angeles Times, and is featured on Entertainment Weekly’s Must List. It was a New York Times Editors’ Choice selection and was named one of the most anticipated books by Newsweek, O, the Oprah Magazine, Shondaland, NBC News, Marie Claire, ELLE, The Chicago Tribune, The New York Post, Good Housekeeping, Parade, Refinery29, and more. Booksellers nationwide selected her novel as an Indie Next pick and librarians chose it for LibraryReads. Nancy’s personal essays have been published in Real Simple and O, The Oprah Magazine. A graduate of Northwestern University and The University of North Carolina at Chapel Hill, Nancy lives in downtown Chicago and manages brand communications for a large health care nonprofit. The Kindest Lie is her first novel.

Find out more about Nancy, her books, and events at nancyjohnson.net.

Buy from Aamzon Buy from Bookshop.org 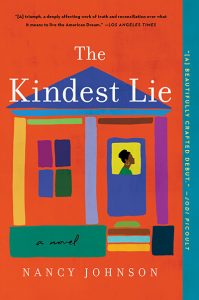