I’m so delighted to have Sonali Dev on Tuesday Chat today. I interviewed her about her new release, A Distant Heart, which you all must run out and get immediately. Welcome, Sonali! -Katie Pryal

Katie: Kimaya has a condition that requires her to be isolated from the world. But, there’s hope that she will be able to leave her isolation room after having heart surgery. I’m curious—Does she have a rich life before she leaves her room? How do you show it? It couldn’t have been easy.

Sonali: A Distant Heart is the story of Kimi, a girl who is confined to a sterile room in her mansion in Mumbai for twelve years because of a rare illness, and Rahul a servant in her house who ends up befriending her and becoming her eyes to the outside world until a heart transplant sets her free. I wouldn’t say that her life was rich before she leaves the room. How could it be?

The time before she’s confined at the age of eleven, however is the key to how she handles the twelve years of isolation. Her parents have had her after trying hard to have children for years. She’s their miracle baby born after seven miscarriages, so she never has any doubt that she is loved and cherished. But she’s also protected to a point where she really craves freedom.

Then comes the isolation and her craving for freedom has to be suppressed for the sake of her own life and the happiness of all those who love her.

I think of Kimi as a rocket who has been pumped full of fuel for years. While in isolation, she’s obsessed with the news and with gathering knowledge about the world. This makes her somewhat of an insufferable know-it-all, but she’s been revving her engines for years waiting to be blasted into the world. So when that finally happens nothing will hold her back, not her parents’ being overprotective, not the love of her life breaking her heart. The way she interacts with the world is how I wish I could, she’s determined not to let it get in her way and to embrace it in its entirety. This, of course, comes with some learning experiences, because seeing the world through books and screens isn’t the same as living in it, but she learns from them and keeps going.

Katie: Tell me about tackling the issues of social and economic class in A Distant Heart. Class is as central as disability in this book. That’s a lot!

Sonali: All the class differences between Rahul and Kimi are seen through the lens of this connection they share. To me it’s a connection that’s essential to who they are, because it’s a connection that has developed during the harshest time in their lives. But one of the reasons they get a chance to even make that connection, and be exposed to each other as who they are on the inside despite all the socially constructed distance that separates them on the outside, is that they were children when they met.

When we’re children the differences between people aren’t as set in stone. It’s a more vulnerable time, a time when we haven’t stopped looking at each other because we can’t look past who we’re supposed to be. It’s a braver time. Since they meet as children, that naked connection is able to take root. And because it does take root so deeply, when it’s tested after they’re adults and they’ve learned to cover up and protect themselves from hurt and fear of loss, it endures.

Kimi sees past Rahul’s experiences and past all the adult weight he has to carry as a child and it helps him find his own lost childhood. And it’s all the more powerful because she’s carrying the weight of unusual responsibilities and restrictions as well. They’re aware of the work the other has to do, but they aren’t focused on that like everyone else around them. The first time he sees her he says it was like “unexpectedly spotting your reflection while passing a window.”

We are all reflections of each other. Sometimes challenges make that easier to see.

Katie: Is this book a sequel to your novel A Change of Heart? How do they relate? Tell us about that book, too.

Yes, it is a sequel. Kimi first came to me when I started writing A CHANGE OF HEART — which was supposed to be a story about Dr. Nikhil Joshi finding healing after his wife’s death when he meets the woman who got his wife’s heart in a transplant. But despite all her challenges Kimi was such a bright and optimistic character that she really was more a healer than someone in need of healing, so she just didn’t work as someone who fit with Nikhil, who really needed to resurrect the dead healer inside him. Jess was that force for him. Consequently I was left with Kimi whom I loved, and I had to discover her story. So, really, A DISTANT HEART came from this girl with all these challenges who refuses to feel like a victim and fights for everyone around her. What would that take— to live and feel alive in the confines of an entirely isolated ivory tower? What would it take to keep you going, to keep you grounded and hopeful and fighting? A huge spirit, but also someone who engaged and nurtured that spirit. Someone like Rahul, who can stand up to anything, shoulder anything, no matter how much he’s tested, even if he himself doesn’t know that about himself through most of his life.

Katie: What’s your favorite part of writing books set in India—and books where the worlds of India and the U.S. collide.

Actually, it’s a dream come true that I get to write books both set in India and set in the Indian culture here in America, because that’s who I am so it’s the natural backdrop for the stories inside me. A Distant Heart is my only book set entirely in India and it was a lot of fun to write because it isn’t just set in India, it’s set in this suburb of Mumbai called Bandra, where I spent a large part of my own childhood. Bandra has this entirely unique charm and character, I can only describe it as an inexplicably wide open heart that’s almost a micro-reflection of the spirit of the rest of India. It houses everything from barely functional slums to wildly ostentatious mansions, and communities that embody everything from the oldest traditions to progressive new ideologies, and everything in between. For me personally Bandra was where I made my first friendships and dreamed my first dreams, so it was the greatest joy to relive that while writing this book. I even thank the place in my Acknowledgements in the book because I am so in love with it and so grateful to its shaded lanes and rocky beaches for affording me such a vibrant canvas first for my life and now for my story. 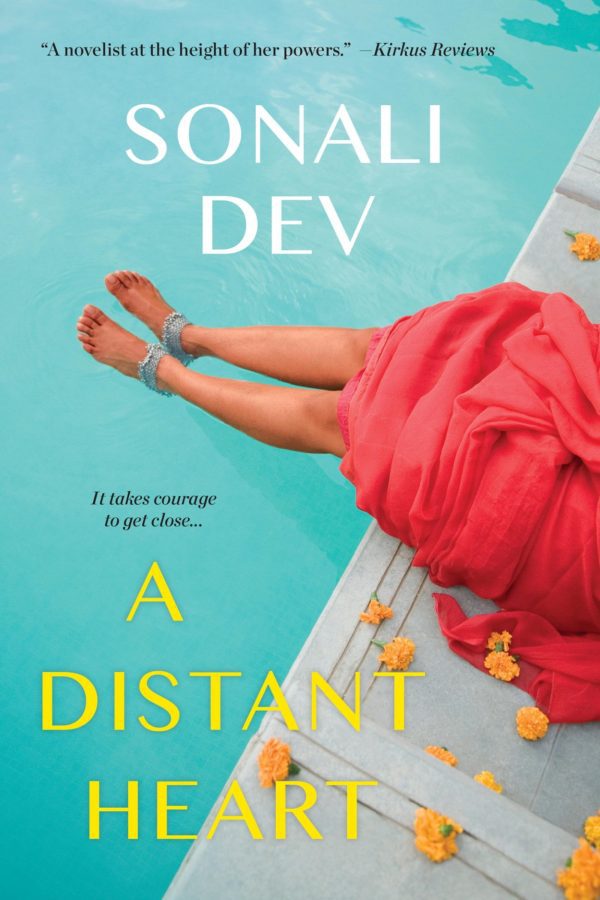 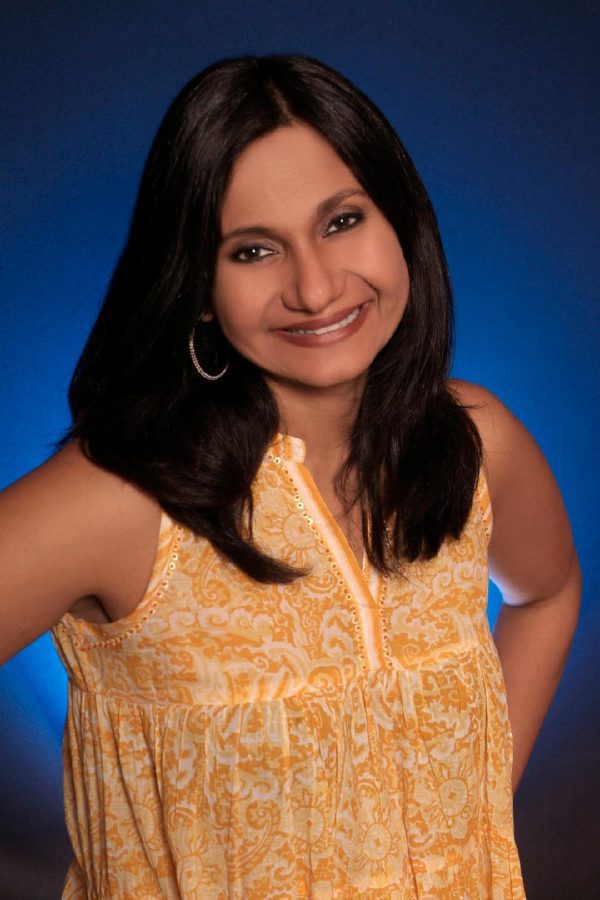 Award winning author Sonali Dev writes Bollywood-style love stories that let her explore issues faced by women around the world while still indulging her faith in a happily ever after. Sonali’s novels have been on Library Journal, NPR, Washington Post, and Kirkus Best Books lists. She won the American Library Association’s award for best romance in 2014, is a RITA Finalist and RT Reviewer Choice Award Nominee, and is a winner of the RT Seal of Excellence. Sonali lives in the Chicago suburbs with her very patient and often amused husband, two teens who demand both patience and humor, and the world’s most perfect dog. Find out more at sonalidev.com.