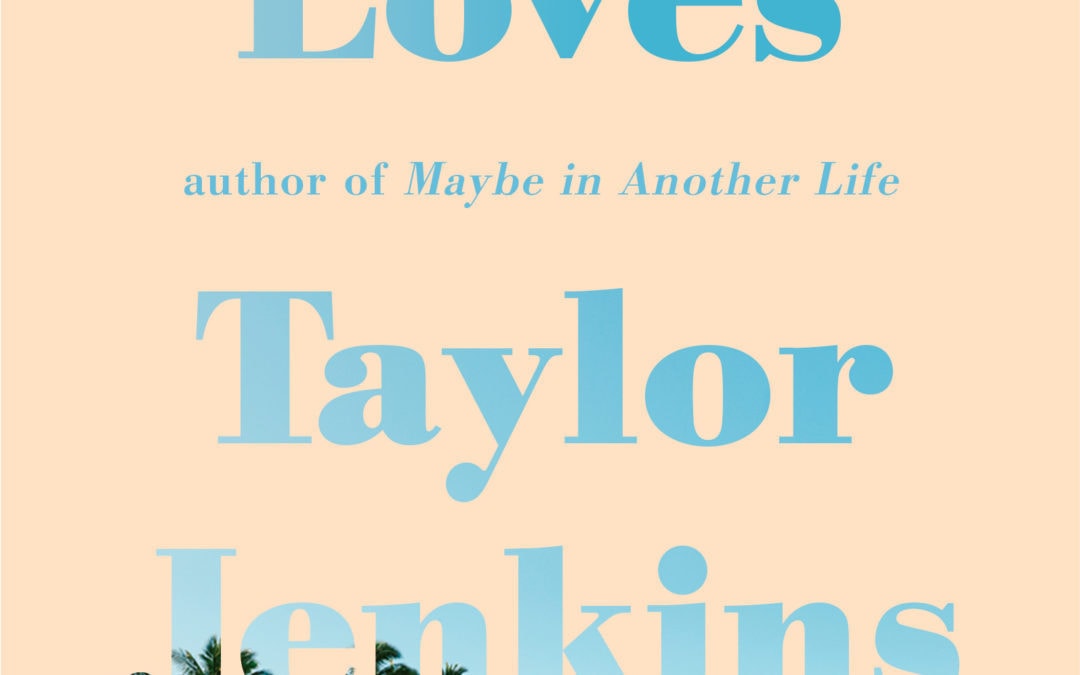 We’re thrilled to have guest author Taylor Jenkins Reid on the Poppy blog today! Taylor is the author of three amazing books, FOREVER, INTERRUPTED, AFTER I DO, MAYBE IN ANOTHER LIFE, and her latest–ONE TRUE LOVES–is out June 7th (we can’t wait!) ONE TRUE LOVES is about a woman named Emma Blair who marries her high school sweetheart, only to have his helicopter go missing over the Pacific. She grieves and moves on with her life, eventually falling in love again years later. When her husband is found alive, Emma must decide who is her one true love. If this one is anything like Taylor’s other books, it’s a not-to-be-missed story!

Taylor stopped by to take our Tall Poppy Q&A, where she talks the best perk of her job, who gets to read her work first, and what books she’s devouring right now…

Jane the Virgin! I cannot say enough good things about this show. After such a spectacular first season, I wasn’t sure if it would be able to sustain itself. It was simply too good. But, boy, have they knocked it out of the park in the second season. The acting is great, the tone of the show is really unique (I often marvel at their ability to perfectly thread the needle that is melodrama and comedy), and the characters are people that you root for in every single episode. More than anything, I am so happy to have something on my TV representing realistic portrayals of family, motherhood, and strong women. If I’m having a down week, knowing there’s a new Jane the Virgin to watch gives me life.

What three things would you want with you if stranded on a desert island?

I feel like this question should be posed to Jesse Lerner, one of the main characters of my book. He’d know best, having been stranded. I’m sure he’d say a container for water, food bars, and antiseptic cream but that’s boring. I’m going with a never-ending pitcher of half black/half green iced tea from Starbucks, a copy of The Great Gatsby, and a journal with a pen. Is it cheating that I made the journal and the pen one item? I don’t care. I’m not above cheating.

Definitely, definitely, definitely the sweatpants. The fact that I can wear sweatpants to work is a large part of the reason I became a writer. I’m joking (but also a little bit serious?). I’ve always been the sort of person that works better on my own timetable. I’ve never liked the nine to five route. So I feel very lucky that the work I love also happens to be work that I can do at 11pm on a Thursday in my pajamas if that’s what I feel like doing.

I gotta give it up to my husband on this one. Smartest thing I ever did (entirely by accident) was marry a writer. It’s like having a built-in editor/second self. He reads absolutely everything I write and gives me detailed notes afterward. That extra step and second set of eyes has been absolutely invaluable to me. And so I do my best to repay the favor on everything he writes as well.

I just finished reading The Swans of Fifth Avenue by Melanie Benjamin which was fantastic. It’s such an interesting character study of a group of people, including Truman Capote and Babe Paley, during a particular period of time. I’m currently reading The Nest which is another great one. I’m surprised just how quickly I’m turning the pages, all in an effort to spend more time with these somewhat obnoxious people. Cynthia D’Aprix Sweeney clearly knows what she’s doing. And next up is The Widow by Fiona Barton which I’ve heard great things about so I’m excited!

Thanks for stopping by, Taylor!

Taylor Jenkins Reid is an author, essayist, and screenwriter. Her novels, Forever, Interrupted, After I Do, and Maybe In Another Life are all available now. Her newest book, One True Loves, will be released on June 7th. She lives in Los Angeles. Taylor also loves to connect on her website, and get social on Facebook, Twitter, and Instagram.