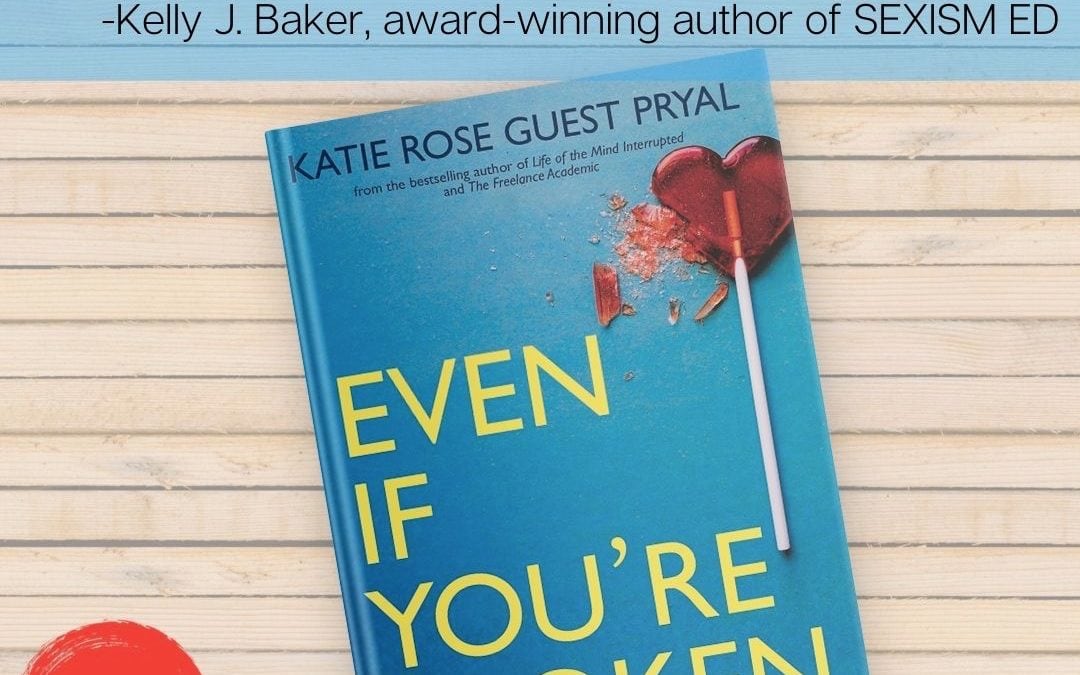 In November, we had one new release, and one major award winner! Read on to learn more.

EVEN IF YOU’RE BROKEN: ESSAYS ON SEXUAL ASSAULT AND #METOO

The Tall Poppy Writers is a marketing collective of women authors who are dedicated to lifting each other up. While the majority of our releases are novels, several of our authors also pen serious works of nonfiction. In November, Katie Rose Guest Pryal, bestselling author of LIFE OF THE MIND INTERRUPTED, released an essay collection of critical importance to our times, and we are proud to spotlight it for you here. Its focus is a topic whose alarming prevalence in American society is increasingly coming to light.

How do we make a good life in a world where sexual violence always lurks in the shadows? 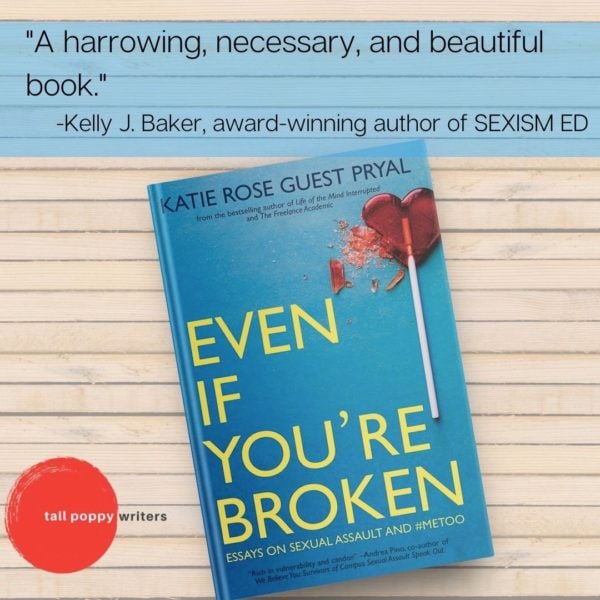 As a rape survivor, law professor, and bestselling author, Katie Rose Guest Pryal is uniquely qualified to take on the rapidly changing legal and social landscape of #MeToo and Title IX. Moving from the deeply personal to the socially critical, the essays in this collection are incisive dispatches from survivor territory.

In these fiery essays, Pryal documents reporting her rape to a university Title IX office, in grim, yet hilarious, detail. She turns her law-trained eye to the Bill Cosby case and the musician Kesha’s struggle to break free of her recording contract because of alleged abuse by her producer. This book is for survivors, those who love them, and those who want to make the world a better place for them. These stories strip away shame. They burn off fear. They lay bare the injustices survivors face and how we can fight them. Best of all, Pryal shows how she has fought those injustices herself—and by showing us, she inspires us to do the same.

“Rich in vulnerability and candor, Pryal’s evocative essays remind us that the survivor journey is far from linear, and that there is power and beauty in our imperfect journey.” -Andrea Pino, co-author of We Believe You: Survivors of Campus Sexual Assault Speak Out.

Buy EVEN IF YOU’RE BROKEN. 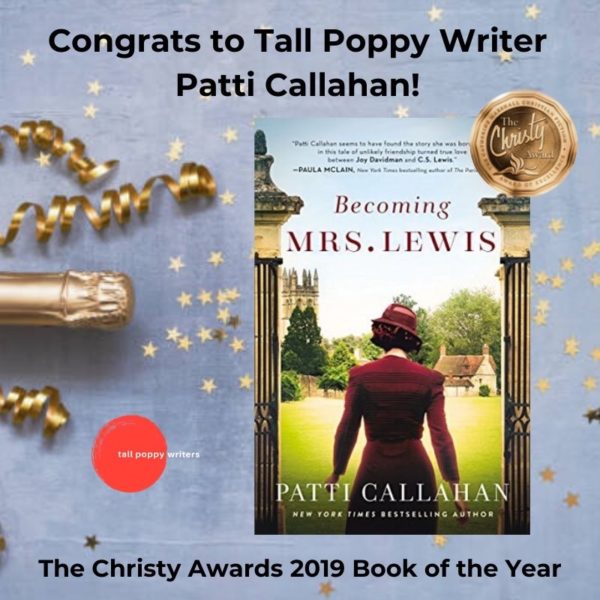 Named for Catherine Marshall’s enduring best-selling novel, Christy, the award has been given since 1999 to nurture and encourage creativity and quality in the writing and publishing of fiction written from a Christian worldview. Apparently the judges found Patti’s rendering of the improbable love story of Joy Davidman and C.S. Lewis irresistible!